When John List was caught in 1989 for the murders of his wife, mother, and three children, 18 years had passed. He soon became known as one of the world's deadliest dads.

List is not the first father to kill his family, but his five calculated acts of murder live on in the public mind as one of the most heinous examples of family serial killers in modern U.S. history.

Newspapers over the decades have offered the horrific details of the case of John List:

In 1971, John Emil List appeared to be a wealthy professional living the American Dream. He was well-educated, landed a prestigious banking position in 1965, and lived with his wife, three children, and 85-year-old mother in a 19-room Victorian mansion in Westfield, New Jersey.

In November 1971, List shot his entire family, left town, and wasn't arrested until 1989. While there were no signs that he was psychotic or delusional, his background suggests that he was a depressed, alienated killer with obsessive-compulsive disorder who wanted a fresh start in life.

John Emil List was born in 1925 in Bay City, Michigan. He was the only child of German-American parents and first cousins John Frederick List and Alma Barbara Florence List.

His father was distant and strict, and his mother was known to be domineering and over-protective. John had few friends while growing up and kept to himself. Like his parents, John was a devout Lutheran and taught Sunday school.

Other details in his life history point towards a disciplined, methodical person with a military background, a fondness for the organization, and an inability to hold down a job or get along well with others.

John attended school in Bay City, Michigan. Considered an outlier, he had few contacts with friends outside his home. John graduated from Bay City High School in 1943.

John served in the military between 1943 and 1945 and saw active duty during the last part of World War II. He was later recalled to active military service in 1950 to fight in the Korean War. The military discovered his talent as an accountant, and he was reassigned the Finance Corps. During this second period in the military, John met Helen Taylor, the widow of an infantry officer who was killed in Korea. The two married in 1951 in Baltimore, Maryland.

Between 1946 and 1950, John attended the University of Michigan in Ann Arbor. He enrolled in an undergraduate student in accounting in 1946, and then continued studying for his master's degree.

John held several jobs after he finished his education and military service. But in each instance, he was either fired or he had to quit -- not because he was incompetent, but because there always seemed to be something about his personality that put people off.

In 1965, John's luck seemed to have changed when he was promoted to comptroller and Vice President of a bank in Jersey City, New Jersey.  Unfortunately, he lost that job in less than a year. But by that time, his mother and wife had convinced him to buy the large Victorian mansion in Westfield, not far from his bank in Jersey City.

After losing his prestigious bank position, John continued to get dressed and pretend to go to work. He would show up at the local train station and kill time by napping and reading the newspaper. He eventually found other jobs, but lost each of those as well.  By 1971, John was again jobless, owed his mother a large sum of money from the down payment on the house he had borrowed from her, and was secretly stealing from her. He was bankrupt, and his financial life was in dire straits.

Not only was John facing financial ruin by 1971, but several of his family members were causing him much concern -- particularly, the women in the family. John had three children in all, Patricia, John Jr, and Frederick, but there were signs his wife, mother and daughter may have been especially frustrating to him.

The Women In His Life

John's 85-year-old mother, Alma, had always been domineering. By 1971, John must have thought he could never escape her grasp because she lived upstairs in the house that she helped force him into buying.

Helen had forced John into marriage in 1951 by telling him that she was pregnant. After they married, he realized his new wife had manipulated him. Within four years they were soon tied down with three children. If that weren't enough, Helen was a raging alcoholic whose behavior was becoming increasingly unstable. In addition, medical care and treatments she sought in the 60s and 70s reveal that she had caught tertiary syphilis from her first husband.

John was concerned that Patty, his teenage daughter, was on her way to hell. She wanted to become an actress, a choice which John thought was a satanic profession. It was also suspected that Patty was dabbling in witchcraft and using marijuana. 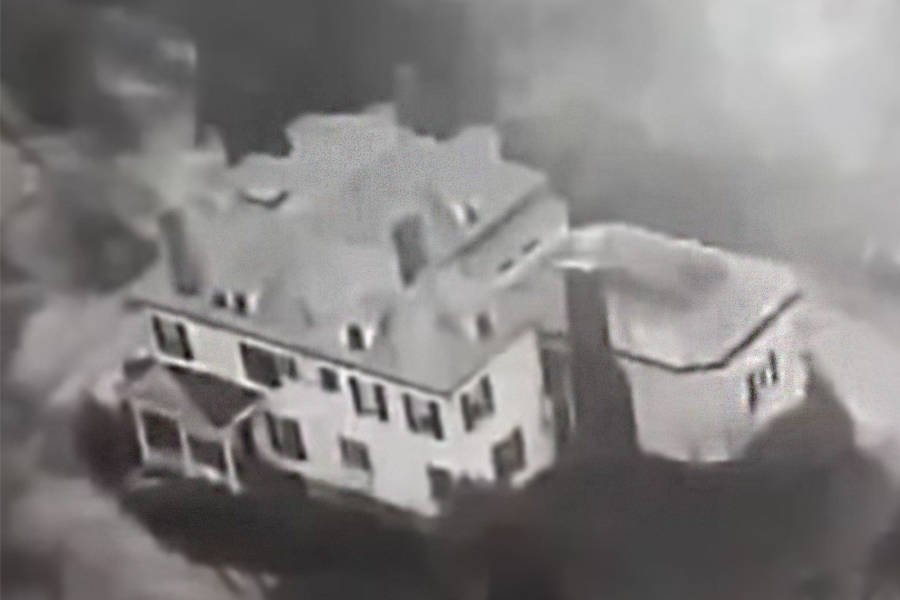 On the morning of November 9, 1971, John shot his wife in the back of the head while she was having coffee. He then went upstairs and shot his mother above the left eye.

For the next few hours, John ran errands to prepare for his departure. Around the middle of the day, he made a sandwich and sat down at the same table where he had killed his wife hours before to eat his lunch. Two of his teenagers, 16-year-old Patty and 13-year-old Frederick, arrived home from school to eat lunch as well. John shot them both.

He then went to the school of his 15-year-old son, John Jr., to watch him play in a sports game. After returning home with the teenager, he shot him a total of ten times in the head and chest.

On the day of the murders, John neatly placed the body of his mother in a storage room behind her apartment and lay the bodies of his wife and children on sleeping bags on the floor of the ballroom. On a table, he left books and photographs that he had borrowed from a neighbor, politely leaving a thank-you note. In between the murders he committed throughout the day, he played close attention to the final details: He closed his wife's and his mother's bank accounts, cashed his mother's savings bonds, canceled daily mail and milk deliveries, wrote a five-page letter to his pastor, and notified the children's schools that the family was going to be away to help care for a sick relative. John also removed all images of his face from pictures in the house so that authorities would have no photos to identify him. He left somber religious music playing on the intercom and turned all the lights on. Then John left town.

A month after the murders, Patty's drama coach and another teacher were reported by neighbors to the police for trying to gain access to the house. Music still played in the home, and the lights were still lit, but they were burning out.  When the police arrived, they entered the home through an unlocked side window. They followed a hallway that led to the ballroom, and there they discovered the bodies of John's wife and three teenaged children laid out on sleeping bags. The body of John's 85-year-old mother, too heavy to be brought downstairs to lay with the other bodies, would soon be discovered upstairs. 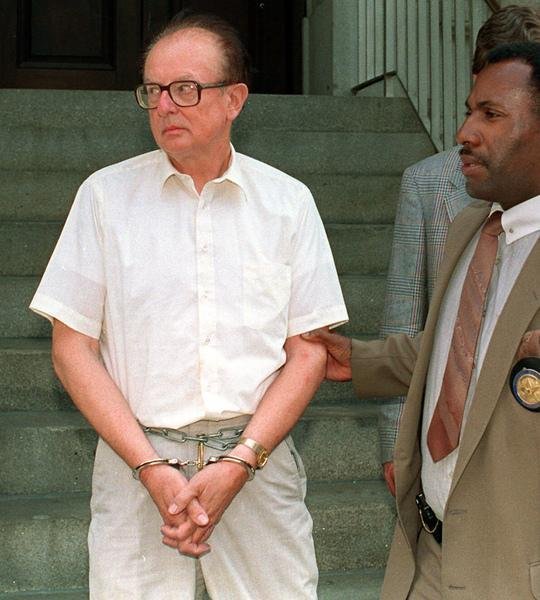 In 1989, John Walsh, host of the nationally syndicated program American's Most Wanted, highlighted John's unsolved case on his show. Within a day or so after the episode aired, someone called the police to say that a bust of John List shown on the program, constructed by a forensic artist in order to show how John would look after 18 years, was similar in appearance to that of their former neighbor, Bob Clark. Within 10 days, List was apprehended. In 1990, he was sentenced to five consecutive life sentences. John died in prison in 2008.

The details of John List's life and the tale of family homicide reveal that he was the type of murderer that killed not only to save his family members from financial ruin but also to save their souls. In his eyes, he had to rescue them from the amoral world of the 60s that sought to destroy them. After he was caught, John admitted he wanted to send his family members to heaven, and expected to meet them there.

He couldn't kill himself, John later admitted, because his religious upbringing taught him that if he committed suicide, he wouldn't go to heaven. John  Emil List killed his family so that he could start again. When he was found, he had assumed the name of an old college classmate, remarried, and was living a typical life --free from the family members and debts that had trapped him in the past.  To this day, his victims remain immortalized in the media -- just as John intended.