Central Park in New York City is known for its iconic beauty and seeming peaceful environments for residents and tourists alike. However, it still has a dark side via the crazy 1997 Central Park Butchers case. This true-crime story was one of those sordid tales of a wealthy family and a troubled, adopted daughter, Daphne Abdela, who wasn't loved by her new parents. As a result, she hooked up with an equally troubled boyfriend, leading both to become killers from alcohol abuse, hidden rage, and love of attention.

Daphne Abdela could've had anything, but her distant, adopted parents made her unable to find what she really wanted. Abdela's initial route was potentially very different had her birth parents not died. Their death occurred not long after their daughter was born, leading the wealthy Abdela family to adopt her. Angelo, her adoptive father, was the executive of a food company. Catherine, her adoptive mother, was a wealthy French model.

Some might say this is the outcome anyone would want. Being able to live with a rich family in an opulent apartment near Central Park is the American Dream come to life. Others might say it's an ember ready to spark a fire. Living such a life, it's easy to burn out of control if the parents aren't willing to provide what their child wants psychologically.

Abdela's boyfriend, Christopher Vasquez, ended up fulfilling that for her. However, Daphne brought a dark cloud over Vasquez's previously clean life.

Reports were that Vasquez was a good kid. At only 15 years old, he was an altar boy and practiced many good deeds, including finding homes for stray dogs. According to The New York Times, he also suffered from agoraphobia, or a fear of public places. It seems Abdela, also 15, took him out of that shell, then introduced him to a life he'd never experienced.

Abdela had already begun to drink and had been to AA meetings a few years earlier. When she hooked up with Vasquez earlier in 1997, she seemed to shape him into a killer.

It started when the two began watching random people fight in Central Park. Shortly after, Abdela decided she wanted to kill someone. 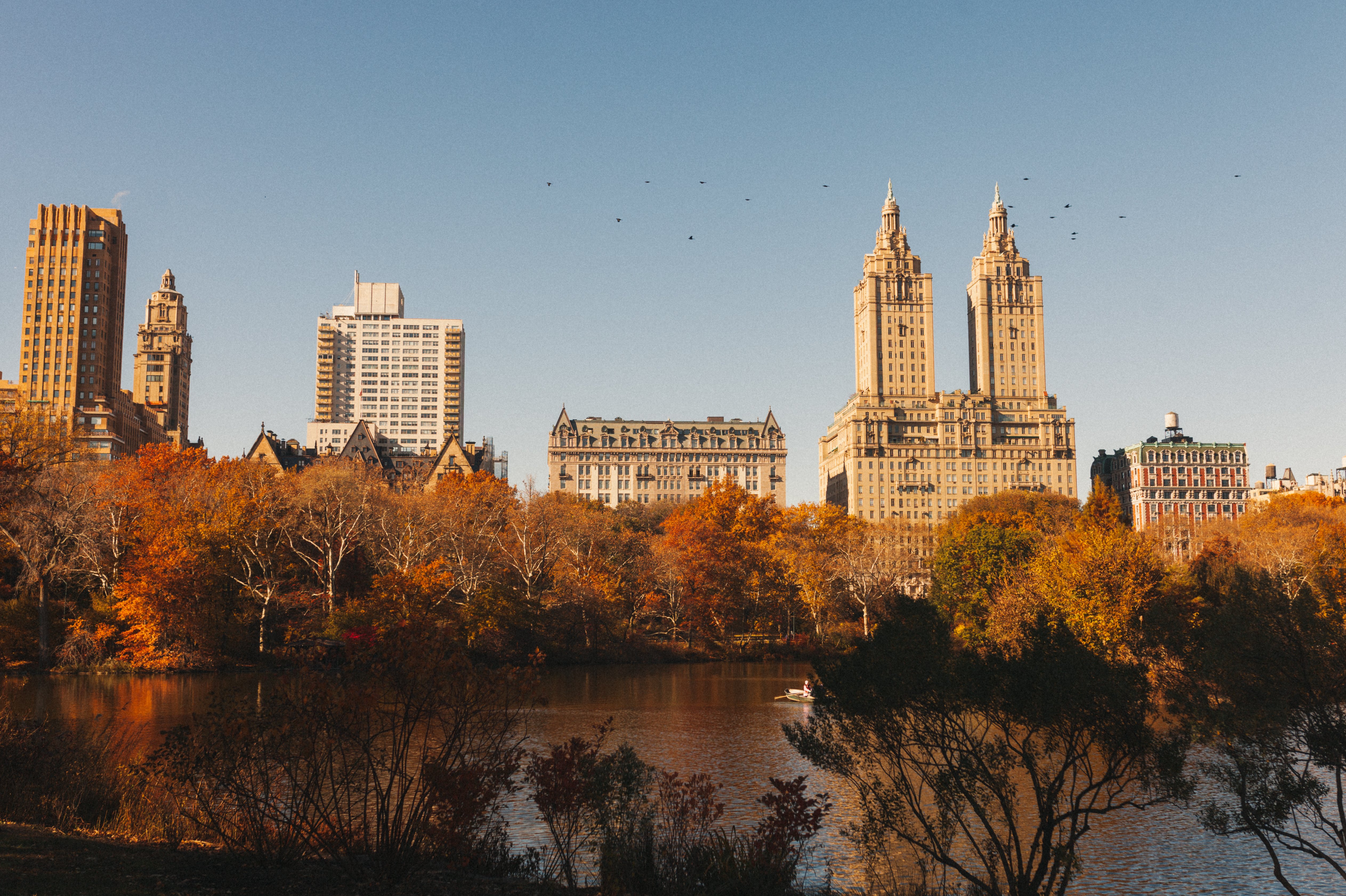 Trying to decipher the psychology of Abdela and why she would just murder someone randomly is a case for the most astute psychologists. Based on the information available, it seems she lacked trust in the public.

After watching those fights and other skirmishes in Central Park, Abdela had less trust in people than ever before. She reportedly said: "This makes me think not to trust a single person."

By this time, Abdela continued drinking. Her prior visits to AA did nothing to quell a rage she seemed to develop at the world. Brandishing a switch-blade knife, she soon began telling others she was going to slice someone with it.

Showing Vasquez her knife, she reportedly told Vasquez her murderous intentions, with him saying "I'm in." Who exactly did what in this murder is still up for debate from professional and amateur true-crime experts.

Working as a real estate agent, 44-year-old Michael McMorrow's life was much different from the two teens above. McMorrow really was living a dream life in the Big Apple. He was single and living with his elderly mother. He'd also spend his evenings walking through Central Park to enjoy the natural environments NYC residents and tourists still celebrate today.

On the night of May 22, 1997, he took a beer with him and sat on a park bench to enjoy the surroundings. While there, he happened to run into Abdela and Vasquez, both of whom invited him to join them by the lake.

Newsweek reported in 1997 that Abdela told police at the time she had already met McMorrow at a AA meeting. McMorrow was also a reported alcoholic, though he was still drinking in the park the night of his murder.

At the lake, Abdela and Vasquez stabbed McMorrow to death, brutally. They severed his hands, nose, and disemboweled him before throwing his body in the lake, hoping it would sink.

One could easily argue alcohol is the most dangerous drug and perhaps incited Abdela and Vasquez to horrifically stab McMorrow to death. Alcohol also reduces all brain faculties, clearly explaining why Abdela and Vasquez mistakenly thought McMorrow's body would sink.

With McMorrow being a bit overweight, the teens didn't consider the body would float rather than sink, even if being disemboweled. And so it was that McMorrow's body was seen floating in the lake by morning when police noticed it there.

Most bizarre was Abdela called police to brag about a body being in Central Park. Her call was easily traced to her apartment, leading to a quick arrest. For local NYC residents, this was a relief an arrest occurred so quickly because it really was a rare occurrence, other than known muggings for years in the park.

Unlike so many other murders like this going unsolved for years, police literally walked in on Abdela and Vasquez in the apartment washroom, washing blood off themselves.

Abdela Changed Her Story In The Beginning 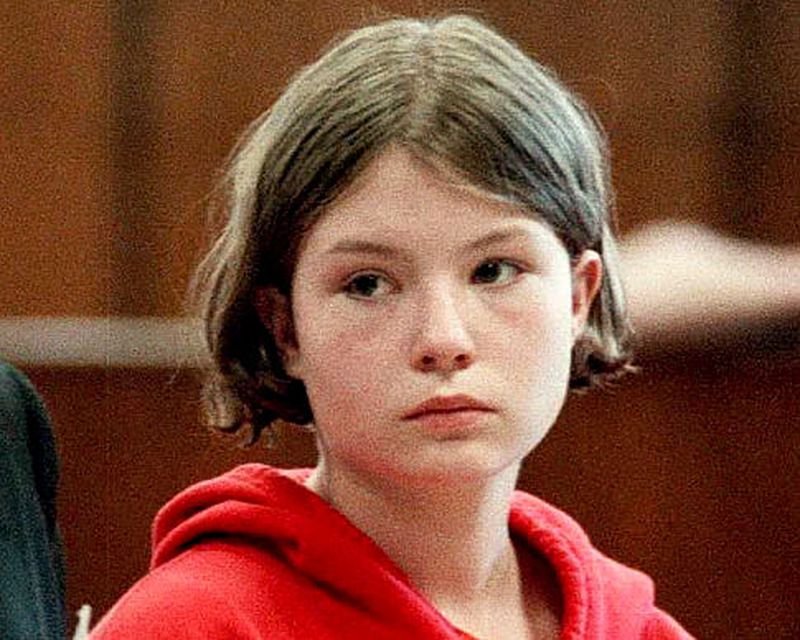 At the time of the arrest, Abdela couldn't stop talking, only landing her in further trouble. Initially, she said Vasquez was the one who committed the murder. Then she changed her story to say she was on LSD at the time and did the killing herself.

Based on her comments, it seems more than alcohol was involved. One thing known is Abdela became immediately repentant. She said she had no intention of wanting McMorrow dead, despite reportedly committing other physical abuse on him first.

Such pleas would not help Abdela, though. When Vasquez pointed a finger at Abdela for committing the murder, things became more complicated. Their case would also soon become high-profile, leading to eventual placement in the true-crime pantheon as the "Baby-Faced Killers."

It took over a year and a half for the trial to complete in this case, and not until December 1998 was there a conviction for Abdela and Vasquez. The jury didn't waste time finding them guilty of first-degree manslaughter, albeit a prison sentence that might confound more than a few.

At the time, New York law only allowed 3 1/3 years to 10 years in jail for those like the above teens. Still, Abdela and Vasquez were tried as adults, giving them the full conviction anyone over 18 could legally have.

Other states began to debate this in the intervening years, with some deciding to get tougher for such murder cases. Many would argue Abdela and Vasquez deserved life in prison for their horrific acts.

In the end, both received lesser charges than anyone expected. From the 1998 New York Times report above, an anonymous juror at the time said because Abdela refused to testify during her case, it made a final decision more difficult.

How Long Were Abdela & Vasquez In Prison?

After their conviction, Abdela and Vasquez went to prison for seven years, never serving the full 10 years as intended.

Both were paroled in January 2004 from Albion Correctional Facility. When the release occurred, it was supposed to be a quiet moment away from cameras. Regardless, the media still jumped on it, wondering what would come next for Abdela and Vasquez.

The New York Post reported Abdela stayed repentant about the murder, including maintaining a clean disciplinary record while in prison. She apparently worked in an industrial training program while behind bars.

Upon her release, she went back to live with her wealthy adopted parents in her NYC apartment. During her incarceration, she also said (eerily), she wanted to eventually work with children.

Vasquez has since managed to keep a low profile, including stipulation he stays away from Abdela for life. The latter reportedly got in trouble again for making death threats against a Brooklyn woman in 2004.

Five years later, she went to trial for a different reason, this time suing a couple due to injuries sustained in a NYC car accident. Her injuries became reportedly so severe, it forced her to stay confined in bed for a long period of time.

Little is known now about what she is doing in way of a career. Not that it stops true-crime experts from wondering what really happened at that Central Park crime scene almost a quarter-century ago.

Many theories keep coming out by true-crime experts on what might have happened on that fateful night.

Thought were McMorrow maybe became too romantic with Abdela by the lake, perhaps turning into a drunken crime of passion by Vasquez. We've certainly seen stories like that before when going on the theories of the notorious O.J. Simpson/Nicole Brown Simpson murder case.

Most chilling is the story of Abdela later leaving a note at a Central Park memorial bench for McMorrow  saying "I tried to save you."

Stories like this may prove the case never fades away outside the blur of drugs and alcohol possibly causing the murder in the first place. 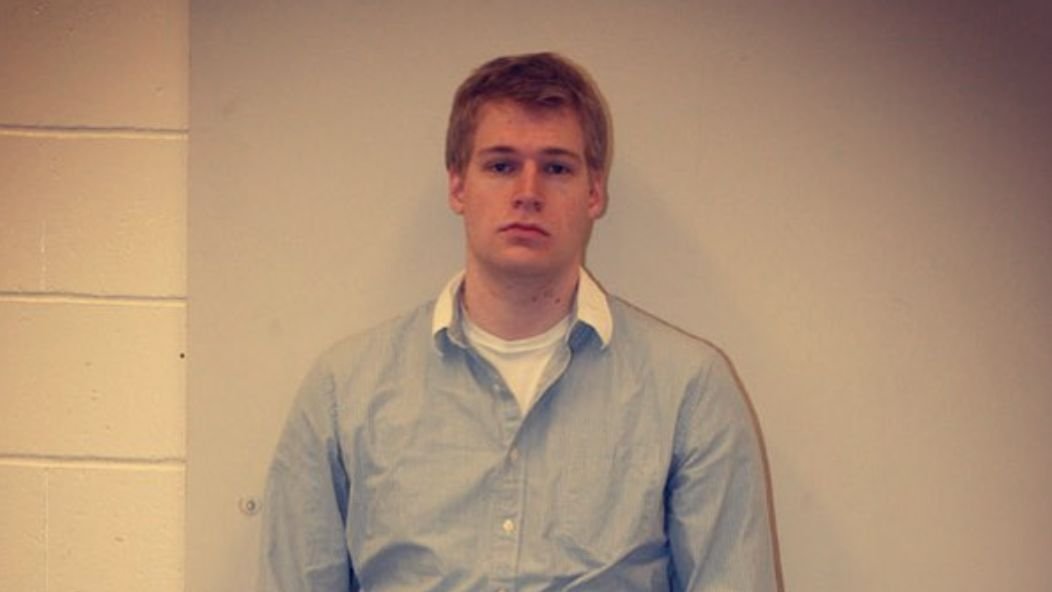