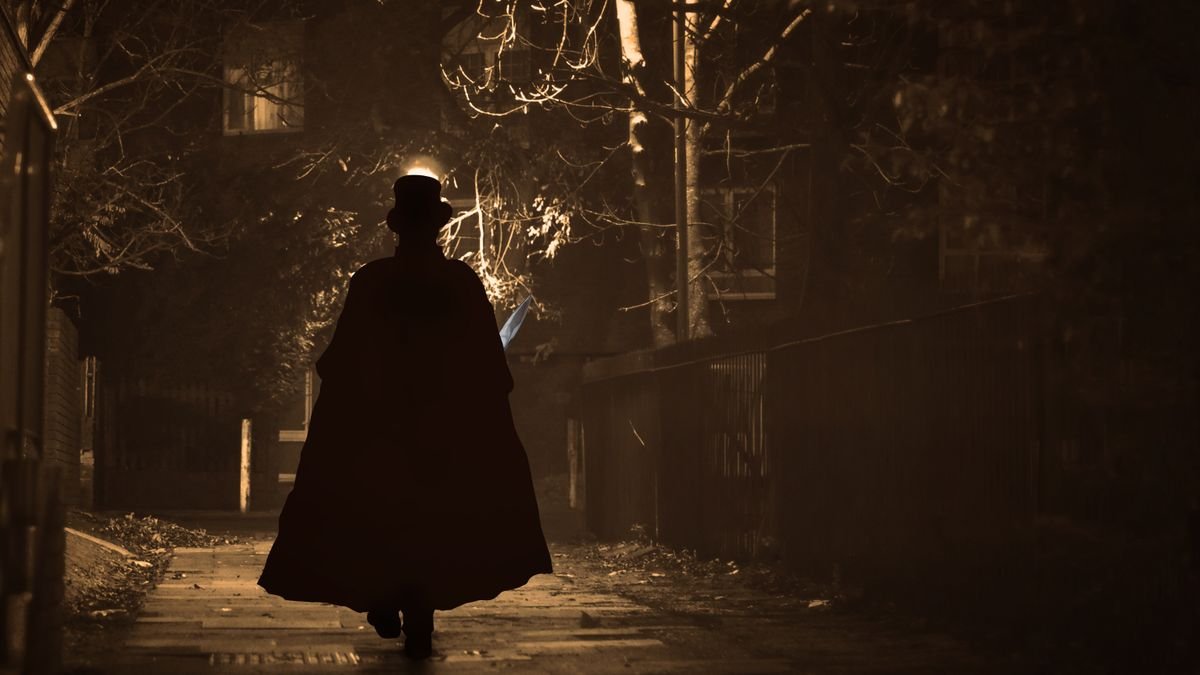 Who Was Jack The Ripper & Where Did The Bodies Go?

In 1888, a small community in the London area was forever changed. The Whitechapel district began experiencing a string of cryptic murders, and a man known as Jack the Ripper was taking credit for them.

Despite the very public letters and notes the murderer sent into the press, the police were unable to ever make an official identification regarding the real identity of Jack the Ripper.

Jack the Ripper became one of the most notorious and famous serial killers of history, but, ironically enough, no one knew who he was for certain.

Recently, that's changed. With the help of science and technology, professionals have finally been able to confirm the true identity of the murderous man who captivated the world with his frightful "work." 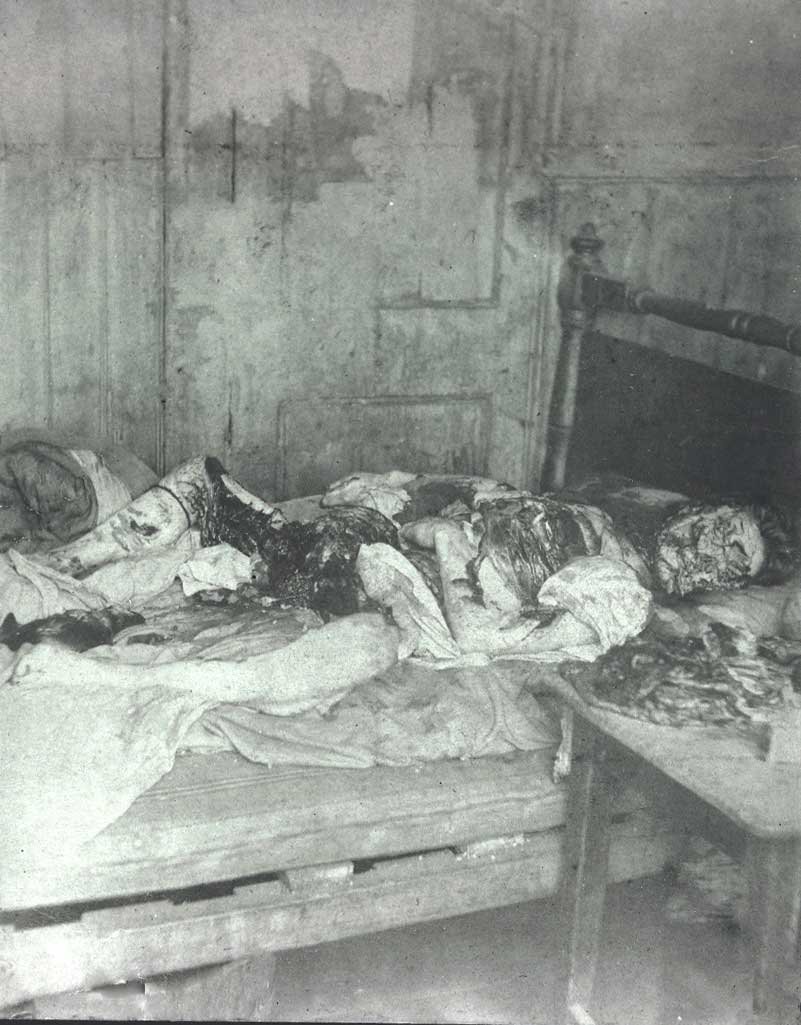 At the time of Jack the Ripper's reign, the Whitechapel community's reputation was less than desirable. The district was known for its poverty and lack of resources, and when the murders began, many people thought the crime was a personification or embodiment of the community.

Nevertheless, residents and neighbors were startled to hear the news of Mary Ann Nichols' death. Nichols' body was found on August 31, 1888, in Buck's Row.

Reports said the 43-year-old prostitute's neck was slit, and she endured multiple stab wounds in the abdomen. Since the area was categorized as very poor and destitute, it was not unusual for the women who lived there to turn to sex work for money. This tragic event marked the beginning of what locals would come to know as the Autumn of Terror.

Officials talked to the local prostitutes and began following their first lead. The sex workers told police about an aggressive character who they nicknamed "Leather Apron". Police began to look into this angle, but their efforts did not come soon enough.

On September 8, 1888, just a few days after Nichols' murder, another body was found nearby, identified as Annie Chapman. She was the second official victim of Jack the Ripper.

Chapman and Nichols had more in common than their tragic demise. Similar to Nichols, Chapman worked in the prostitution field and was also in her 40s. Two days later the police identified John Pizer as the "Leather Apron" and made an arrest. However, Pizer quickly provided alibis and was able to go, leaving the police back at square one, or, so they thought.

'Yours Truly, Jack The Ripper'

Officials and police were grasping at straws when it came to making an arrest for the murders, but oddly enough, they didn't have to search very long for their next clue. A letter addressed to "The Boss" was sent to a local news agency.

The letter began, "I keep on hearing the police have caught me but they won't fix me just yet. I have laughed when they look so clever and talk about being on the right track. That joke about Leather Apron gave me real fits."

It became clear that the writer was declaring himself as the murder at hand. The writer showed no remorse in his words and requested that his message not be shared with the public until his next murder was to take place. He even wished the police luck before signing off, "Yours Truly, Jack the Ripper". 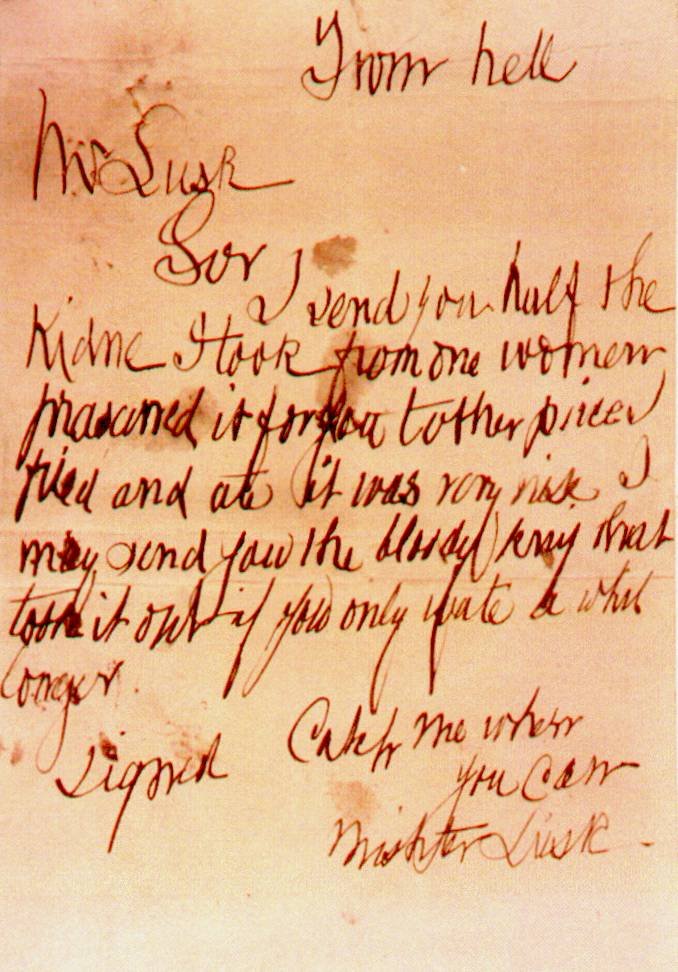 A few days after Jack the Ripper's first letter was received the third victim was discovered. Elizabeth Stride was killed on September 30, 1888. When police arrived at the scene of the crime on Berner Street they were surprised that Stride's body was not as mutilated as Jack the Ripper's prior victims. Many sources have speculated that this is most likely a sign that the London murderer was interrupted before having the opportunity to finish up.

This theory seemed even more likely when another victim was found only a few hours later. On the same evening at 1:45 A.M., the brutally murdered body of Catherine Eddowes was uncovered. Honoring the killer's requests, the following morning the police published Jack the Ripper's letter.

Meanwhile, Jack the Ripper continued to send out his infamous letter. In the one postcard, the killer refers to the murders as, "Saucy Jack's work". Another letter was sent to George Musk, the president of a vigilance committee that formed in response to the killings. However, with Musk's letter came a piece of a human kidney. The letter is most famous for its introductory line, "From Hell".

In the murders' letters, he began taunting officials to catch him and even purposefully revealed the name of his street in one correspondence.

On November 9, 1988, another victim of Jack the Ripper was discovered. Mary Kelly stood out for many reasons. For instance, she was significantly younger than the other victims and was also found in her bedroom. Kelly was known to work as a cleaner and a prostitute before she became Jack the Ripper's final victim. Kelly was the last individual to make up what came to be known as "The Canonical Five".

There was a lot of speculation about whether Jack the Ripper might be responsible for even more murders. Due to a lack of evidence and corroboration, Nichols, Chapman, Stride, Eddowes, and Kelly are considered the official victims of Jack the Ripper. To this day they are still known as "The Canonical Five".

The True Identity Of Jack The Ripper

Early on in the case, police and officials thought "Leather Apron" was their person of interest, but when that didn't pan out they had to regroup. A local sailor was also briefly arrested but later let go. For over a hundred years the case remained a mystery. However, thanks to science and the dedicated professionals behind the project, officials have been able to successfully name the identity of the notorious serial killer from the late 1800s in England.

It was a scarf collected from Eddowes' scene of the crime that brought this mystery full circle in 2019. The clothing item that belonged to Jack the Ripper's fourth victim had traces of blood and semen on it. This incredible evidence had no real value at the time, but in 2011 two British researchers began a mission of a lifetime.

Sir Robert Anderson was the Assistant Commissioner when the Jack the Ripper crimes took place. In 1910 Anderson went on to write a memoir, and in the book, he shared something that caused a lot of speculation and conversation regarding the infamous London murders.

In the memoir, Anderson wrote, "undiscovered murders are rare in London, and the "Jack-the-Ripper" crimes are not in that category...I will merely add that the only person who had ever had a good view of the murderer unhesitatingly identified the suspect the instant he was confronted with him; but he refused to give evidence against him...In saying that he was a Polish Jew I am merely stating a definitely ascertained fact." Anderson's words implied that the police chose not to pursue a person of interest due to religious reasons.

When looking back at the case, Aaron Kosminski was a 23-year-old polish barber who was a suspect during the time of the investigation. Kosminski was known for his peculiar behavior and distaste for women. The police were never able to collect anything concrete on the suspect, and the barber fled the Whitechapel area shortly after the murders subsided. The young barber was showing signs of mental distress and ended up being admitted to Middlesex County Lunatic Asylum. This is where Kosminski ended up dying in 1919.

What seemed like a lost cause became a monumental discovery thanks to the DNA forensic investigation.  By locating the living ancestors of Kosminski and Eddowes, scientists were able to confirm that the semen and blood on the scarf matched Kosminski and his fourth victim.

For over a hundred years people speculated and wondered about the identity of Jack the Ripper, and finally, they have their answer. Kosminski was the person responsible for the gruesome killings and actions of Jack the Ripper. 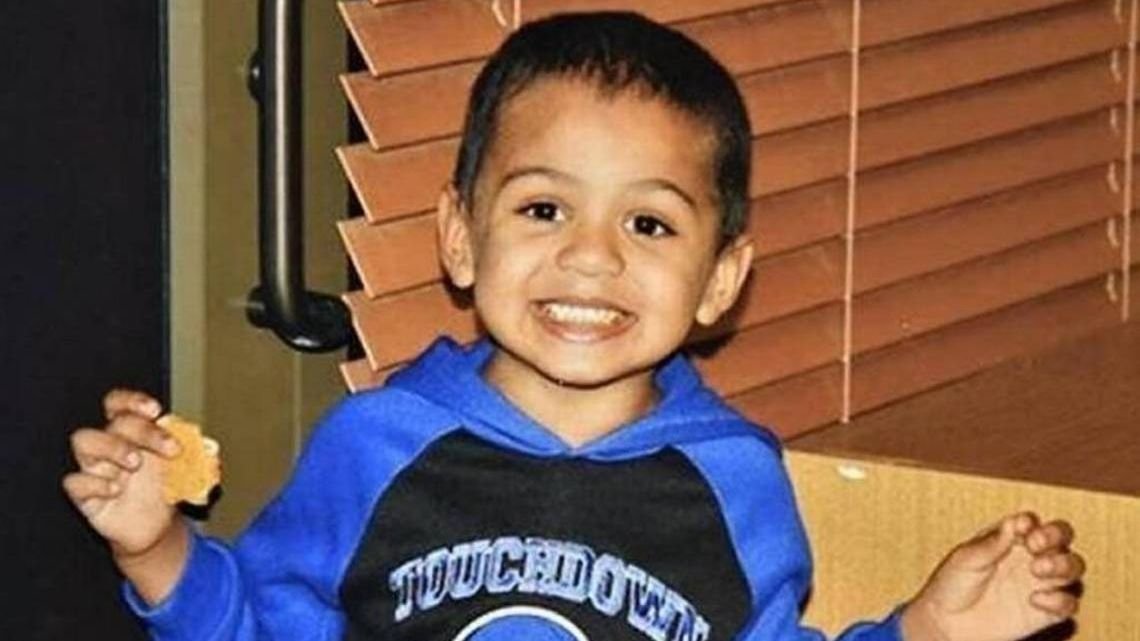