With a name like John Wayne, you'd think Mr. Gacy would follow in the footsteps of one of America's most beloved actors featured in dozens of mainly western films.

While "The Duke" would go down in history as being "the good guy," John Wayne Gacy made his mark in the annals of time as a brutal serial killer.

So prolific as a morbid and macabre murderer, Gacy was held responsible for at least 33 murders of boys and young men. Let's take a closer look at John Wayne Gacy, one of America's creepiest and most infamous serial killers in our country's history: 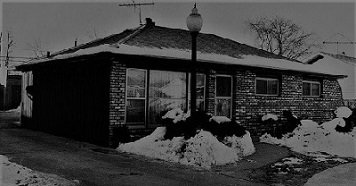 Born on March 17, 1942, in Chicago, Illinois, the son of Danish and Polish parents, Gacy and his siblings grew up with an alcoholic father who often beat his children with a razor strap when they misbehaved.

Apparently, Mrs. Gacy was also subject to similar physical abuse from her husband. According to John's sister Karen, the siblings quickly learned to toughen up to these regular beatings and a young Gacy refused to cry underneath the hands of his abuser.

Suffering from a congenital heart condition as a child, this was simply another reason Gacy was seen as a failure in his father's eyes. This medical condition made the boy unable to play with other children and this alienated him from his peers.

He would soon realize he was attracted to men which challenged him mentally about his sexuality. At the time, being a homosexual simply wasn't an option in a then conservative society.  All of these circumstances were a recipe for disaster as a young John struggled to fit in as he grew into adulthood.

As Gacy continued to age, he began to show signs of a tendency towards sadism, or, deriving pleasure and sexual gratification by inflicting pain, suffering, or humiliation on innocent victims.

In the late sixties, Gacy had several encounters with the law in relation to these offenses. In 1968, he was convicted of sexually assaulting a teenage boy, sentenced to a stint in the State Men's Reformatory (Anamosa State Penitentiary), and ordered to undergo a psychological evaluation.

Attempts at healing his disturbed mind and behaviors didn't go well. Following his release in 1970 and still on parole for this offense, he was again arrested for sexual assault. The charges would later be dropped, and Gacy went on to become a fairly successful independent contractor, purchased a home in suburban Chicago and it seemed as though he turned his life around.

Previous to working as a contractor, Gacy managed a fast-food restaurant in the 1960s. Later he became a Democratic precinct captain in the Chicago suburbs during the 1970s. He was well-liked in the community and neighbors looked at him as a helpful, friendly, normal guy.

Gacy also organized cultural events and gatherings in the area along with being involved with a local Jaycees civic group. His involvement in the community finally got him to blend in with his surroundings. Married and divorced twice, he had two biological children in addition to a pair of stepdaughters. This gave him the outward appearance of being a trusted, local, and familiar family man.

A Jolly Joker, A Killer Clown, And Coulrophobia

For those suffering from coulrophobia or an extreme and irrational fear of clowns, Gacy was eventually given the nickname of "Killer Clown" because he often dressed like a comical character. The phobia of being leery of clowns would have served potential victims quite well to avoid becoming one of his many victims. In total, John was held responsible for dozens of deaths of boys and young adult males.

In hopes of attracting younger victims, Gacy became the member of a Chicago-based "Jolly Joker" clown club to lure young boys to their demise. He took on the personas of "Pogo" or"Patches" the clown when performing at children's parties, charity fundraisers, and other cheerful events.

The Chicago Tribune published a long list of his many male victims, mostly teenage boys. Their roster includes over a half-dozen victims that remain to be unidentified. In total, those he murdered were more than twenty kids in their teens years and multiple young men under thirty.

While there's no concrete evidence or witness testimony to support the fact that Gacy used his cute and comical costume to entice younger victims to their deaths, it's still a lingering thought with investigators and criminologists. Many years later while he was under heavy surveillance and questioned by authorities for multiple murders, he told detectives, "Clowns can get away with murder."

As a general contractor, The Killer Clown would lure some of his older male victims to their demise at construction sites. He would offer young men work devoid of his friendly disguise. His MO (aka motive and/or modus operandi) with these younger adult males was just as gruesome as how he raped and murdered little boys.

Gacy was well-versed and well-known within his industry and was able to successfully deceive guys into showing up at worksites with a false sense of security. Drawing desperate young men to their demise, a phony offer of work for gainful employment often ended up with a gruesome death. The deadly ruse would end with Gacy strangling his victims using either his hands or rope robbing them of oxygen and eventually their lives.

A Deadly Date With Destiny

After a young Robert Piest was reported missing on December 11, 1978, an investigation by authorities revealed Gacy was the last person to see him alive. Cops caught a huge break in multiple open murder cases after obtaining a search warrant for his residence. When tossing his house and property, police uncovered the bodies of 29 boys and young men either in, about, or near Gacy's residence.

Four other bodies were discovered in the nearby Plaines River region. During the time of his victim's deaths, Gacy's spouse, neighbors, and house guests reported a foul stench for many years which John quietly explained away as the result of moisture buildup. The many rotting bodies that were uncovered told a different story.

Over the years, authorities still have lingering doubts and concerns that Gacy may have been responsible for even more murders whose bodies have yet to be found or identified. As a prime example, in 2017, DNA evidence led cops to connect Gacy to the death of 16-year-old "Jimmie" Byron Haakenson aka victim #24. In 1978, when police uncovered human remains in Gary's house, eight bodies could not be identified.

In 1979, Haakenson's mother phoned authorities to inquire if her son was potentially one of Gacy's many victims. Unfortunately, Jimmie's Mom didn't have any dental records and sans DNA, police were unable to make a connection to her son. Sadly, Haakenson's mother died sometime in the early 2000's but other family members provided DNA samples that were an immediate match to "Victim #24" as categorized by police. 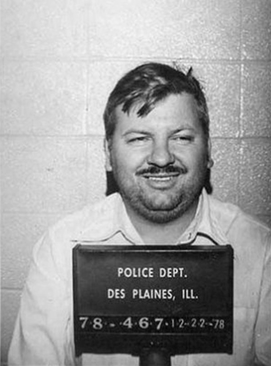 When the many murders committed by Gacy eventually came to light, this brought him into a court of law placing him in front of a jury of his peers. During the trial, his defense was largely based upon the testimony of several psychologists who claimed he was innocent using the insanity plea. His team of medical experts diagnosed him as being schizophrenic.

The trial began on February 6, 1980, after Gacy admitted he had killed around 30 people. His attorney had a parade of doctors claiming he committed his many grotesque crimes using an alternative personality or a different identity, hence The Killer Clown persona. Prosecutors had their own team of experts saying he was both mentally competent and responsible for his many crimes.

However, jurors didn't buy this defense, and after a short deliberation, they found him guilty of all 33 murders that were uncovered and discovered by detectives. Again, authorities and police believe he was responsible for many other murders and only time will tell if this is the case (or cases). One of the most ruthless serial killers in history, Gacy was sentenced to 12 death sentences and 21 natural life sentences.

He was imprisoned at the Menard Correctional Center in Illinois for nearly 15 years, offering contradictory statements about the murders in multiple interviews. Although he confessed, he would appeal the sentences imposed upon him. He even set up a 900 number declaring his innocence in a 12-minute recorded statement. Both those who opposed the death penalty and those in favor of his execution made their opinions known, still, Gacy died by lethal injection on May 10, 1994, at the Stateville Correctional Center in Crest Hill, Illinois.

While in prison, Gacy studied the arts, especially painting. His artwork was shown to the public during an exhibition at a Chicago gallery. Many of his paintings were self-portraits depicting him as the "Pogo the Clown" character. 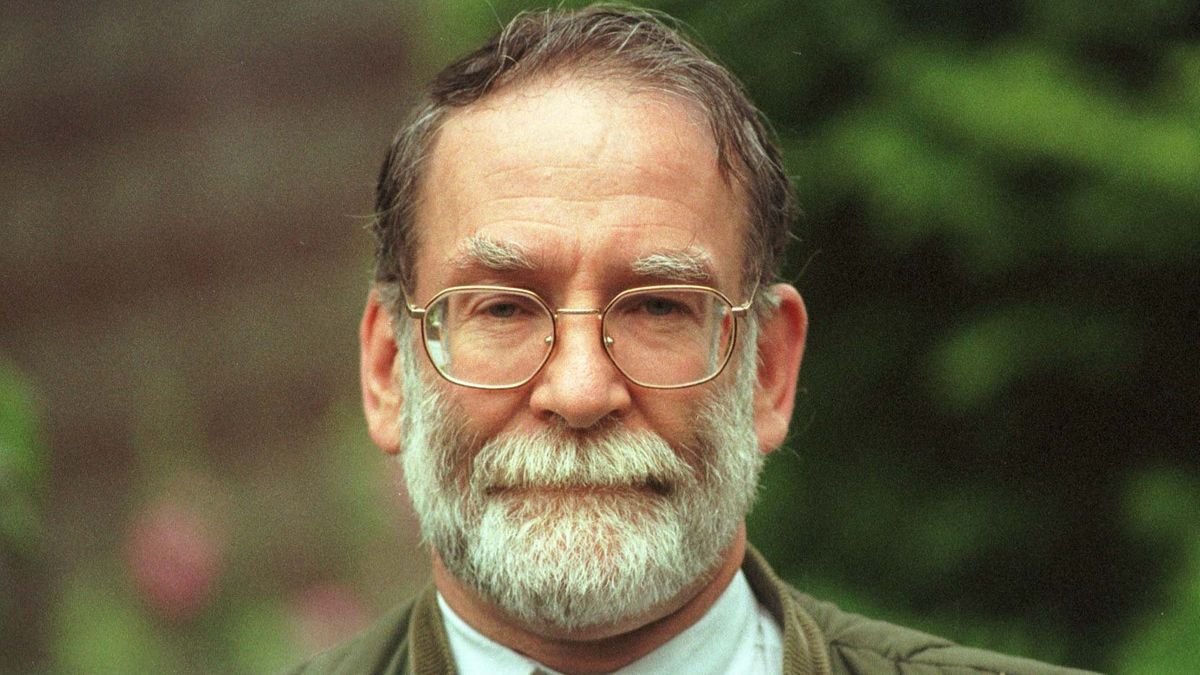 Dr Death: The Most Prolific Serial Killer In Modern History