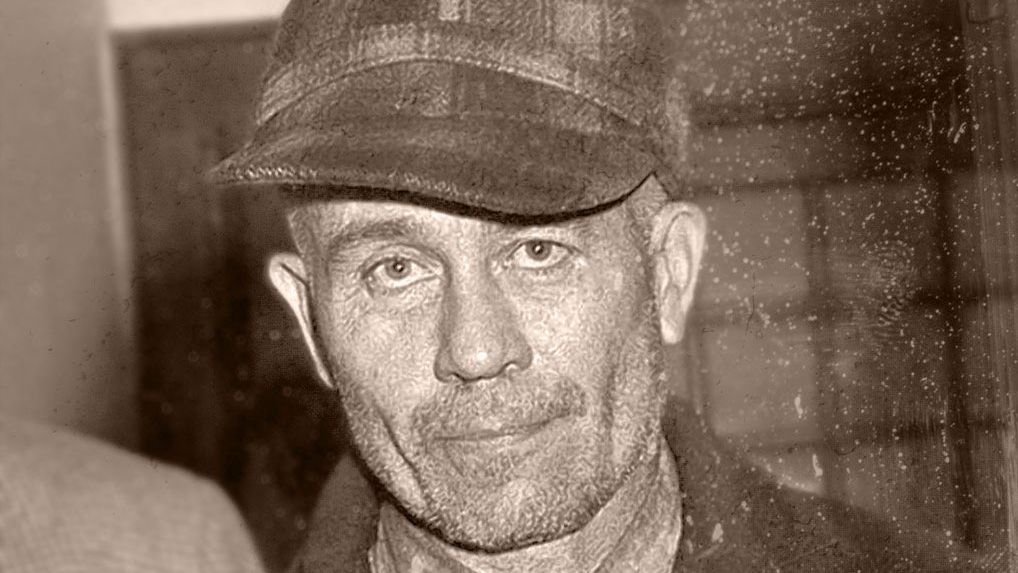 Have you ever wondered where Robert Bloch took his inspiration for his novel Psycho which was later adapted to Alfred Hitchcock's 1960 film by the same name?

Well, they got the name from real life serial killer Ed Gein. He was also the inspiration for Buffalo Bill's "woman suit" in Silence of The Lambs.

Edward Theodore Gein was born on August 27, 1906 to George Gein and Augusta Gein. He was the younger of two siblings. His older brother was Henry Gein. The family moved from La Crosse County, Wisconsin to a 155-acre farm in Plainfield, Wisconsin, when Ed was nine years old.

But this is not a story of a young serial killer. Gein's dark personality didn't show until much later in life. 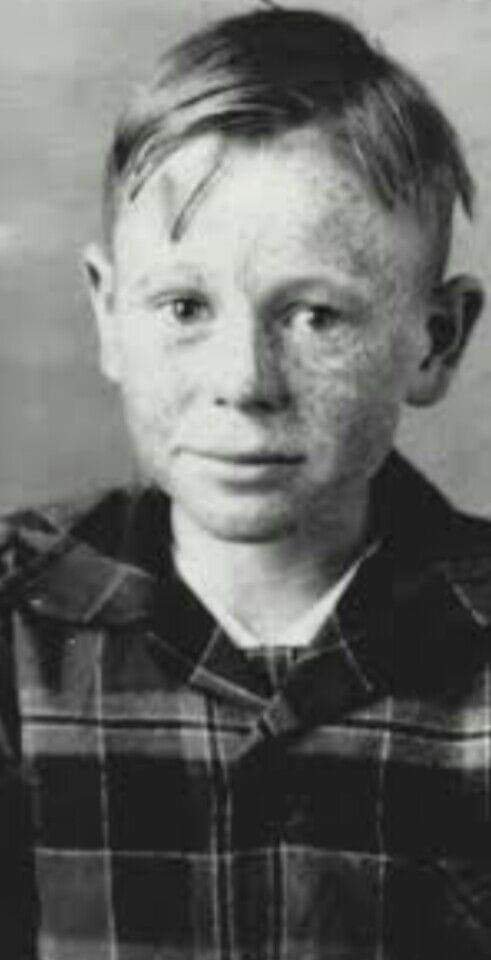 Gein rarely left the farm other than going to school. Instead, he spent his free time doing chores. His father, George, was drunk most of the time and his mother, Augusta, had strict control over the children and didn’t like them socializing. She even punished Ed when he tried to make friends.

Much of Ed Gein’s bizarre thoughts and actions can be attributed to his lopsided upbringing. Augusta was a Lutheran fanatic and often preached to them about how drinking was evil and taught them that the world was immoral. She also told them all women were promiscuous and from the devil, with the exception of herself. She frequently read to them from the Old Testament of the Bible and focused on murder, death and divine retribution.

Subsequent Deaths In The Family Due to his alcoholism, George Gein died of a heart attack on April 1, 1940. Ed Gein was 34-years-old at that time and he and his brother were still living on the farm. Both the brothers began doing odd jobs as handymen around town to support the family. The townspeople considered them to be reliable. Ed even took up babysitting and seemed to get along better with children than adults.

But tragedy soon came knocking at the door. It was on May 16, 1944 that the property caught fire when the brothers were burning some marsh. After firefighters came to put out the fire, Ed reported that Henry was missing. A search party found Henry dead and face down. Mysteriously, he did not have any burn injuries on his body. His death at that point was ruled as asphyxiation. No foul play was suspected and no autopsy was conducted.

It was only much later on that a biographer reported that Henry actually suffered bruises to his head. Prior to this, Ed learned that Henry was involved with a divorced woman and planned on moving in with her and her two children. Henry voiced his opinions of Ed’s extreme attachment to their mother and spoke ill of her, which caused a deep sense of resentment in Ed.

After the death of his father and brother, Ed devoted his time solely to his mother after she had a stroke that paralyzed her. She ultimately died at the age of 67 on December 29, 1945 after another stroke. This left Ed Gein all alone in the world, completely shattered. 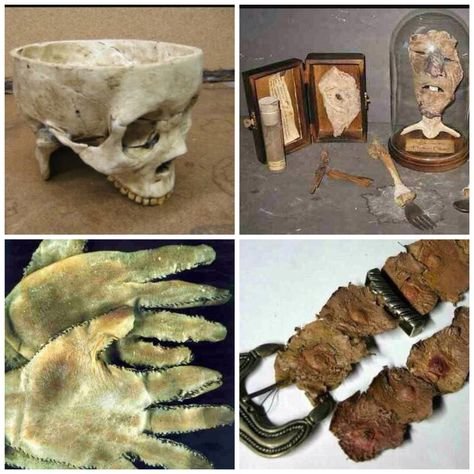 Bernice Worden was a hardwood store owner in Plainfield. On November 16, 1957, she disappeared. Worden’s son, Frank Worden, who was the deputy sheriff, entered the store that evening only to find the cash register open and blood stains on the floor.

A sales receipt in Worden’s name showed that Gein was the last person she had made a receipt out to. Ed Gein was arrested that same evening and the police searched his farm.

When a deputy sheriff from Waushara County searched Gein’s home, they found Worden’s decapitated body. She was hung by her legs, upside down, a crossbar was at her ankles and her wrists were tied with ropes. She had been shot with a .22 caliber rifle and her body had been mutilated.

Upon searching his home further, they noticed that the rooms that his mother used to use were in pristine condition, but the rest of the house was a mess. Piles of furniture and anatomy books were found. Even more shocking was the discovery of human organs that were stored in jars and skulls that were used as bowls.

They found chair seats covered in human skin, a belt made out of nipples, masks made from female corpses, Worden’s heart in a plastic bag in front of his stove, a lampshade made out of the skin of a human face and skulls on the bedposts. Mary Hogan’s skull was kept in a box and her face mask was found in a paper bag.

Gein would wear these human skin masks and woman skin suit, in an attempt to “crawl” into his mother’s skin. Upon questioning, he admitted having made as many as 40 trips to the cemetery and exhumed graves of middle-aged women who had died recently that resembled his mother. He then transported them back home, to skin them. What Gein did was in a way more creepy than the infamous Japanese experiments on human subjects. 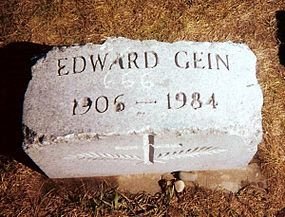 Gein was tried for first-degree murder on November 21, 1957. Since he was diagnosed with schizophrenia he was considered “unfit” and he pleaded “not guilty by reason of insanity”. He was sent to Central State Hospital for the Criminally Insane and later transferred to Mendota State Hospital, Wisconsin.

On November 14, 1968 he was tried again and found guilty for first-degree murder of Worden. He had also confessed to killing Mary Hogan. He was sent back to Central State Hospital as he was proved to be insane during the first trial. He died at the Mendota Mental Health Institute on July 26, 1984 from respiratory failure and lung cancer. 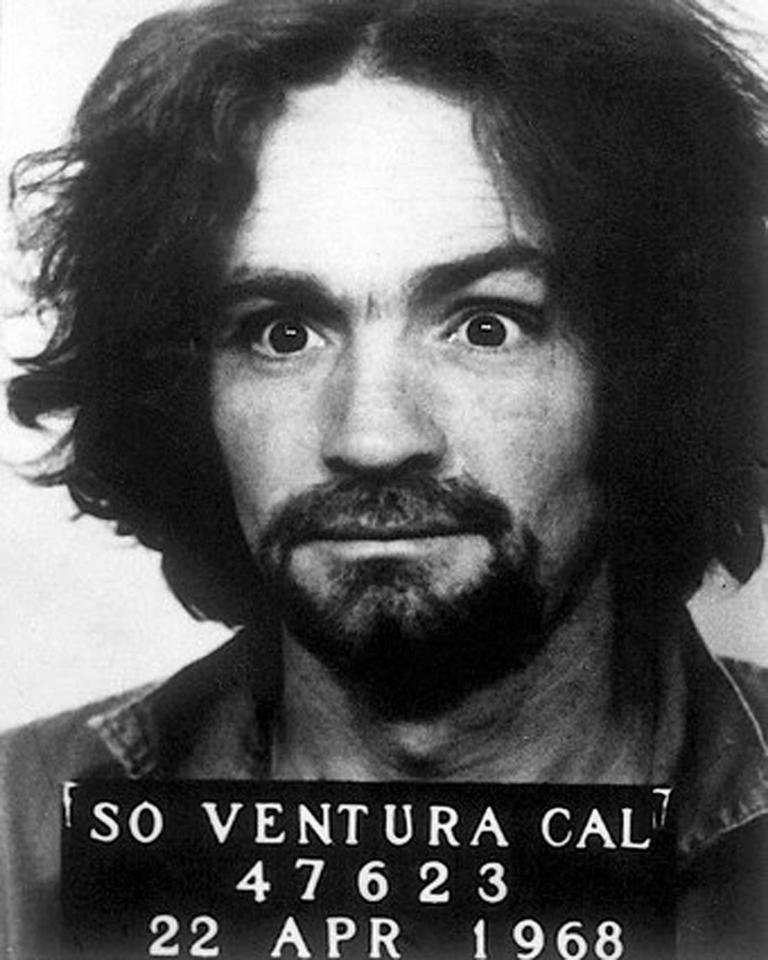 Charles Manson: What You Didn't Know About The Cult Murderer