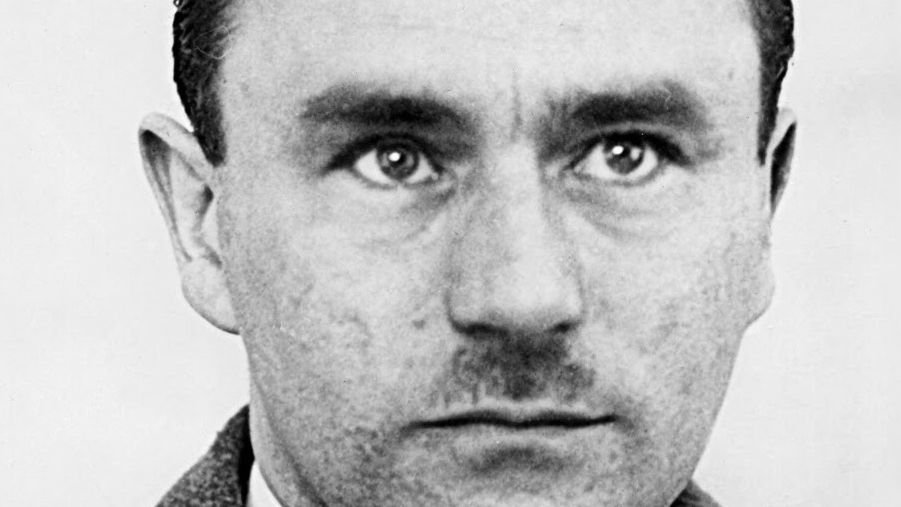 John Haigh thought he could beat the system with a clever trick that he devised. He posed as a man of high stature and class, but this was only a trap to lure his victims into thinking he was a decent gentleman so they would trust him.

John George Haigh was born on July 24, 1909, in Stamford, Lincolnshire but grew up in Outwood, West Riding of Yorkshire.

He was the son of engineer John and Emily Haigh who were members of a conservative protestant sect called the 'Plymouth Brethren'.

During his childhood days, he was excellent at the piano and at school, and was very fond of classical music. He attended famous concerts featuring Johann Sebastian Bach, Tchaikovsky, Felix Mendelssohn and others.

However, his parents brought him up very strictly. They even went to the extent of building a seven-foot fence around their house so he couldn’t bring any friends back home just in case the outside world “contaminated” him.

He later claimed he had religious nightmares and that his parent’s strictness and religious imposition led to him being obsessed with sacrificial fantasies, though this has been widely disputed.

A Bright Idea In Prison 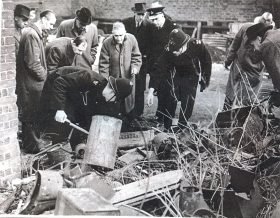 After a failed marriage with Beatrice ‘Betty’ Hamer, in 1934, the same year of his marriage, he was jailed for fraud.

15 months later he was released but his family ostracized him. So he moved to London in 1936 and became a chauffeur to William Donald McSwan, a rich owner of amusement arcades.

Later, under the false name William Cato Adamson he pretended to be a solicitor in Chancery Lane in London, Guildford in Surrey and Hastings in Sussex. But this was not enough for him. He went on to sell fraudulent stock shares from deceased client’s estates at very low rates.

Upon being caught, he was sentenced to a four-year imprisonment. After he served his term and was released, he continued his fraudulent acts and was further sentenced to many terms in prison.

Haigh realized he could potentially be caught because he left his victims alive, and able to report the crimes. So, he began to think of ways to get rid of them. He was fascinated by Georges-Alexandre Sarret, the French murderer who used sulphuric acid to dispose of his victim’s bodies.

While Haigh was still in prison, his mind was still focusing on the notorious crimes he could commit once he was released. He experimented in the prison’s tin shop and found he was able to destroy a murder victim in acid.

When he experimented with field mice, he was amazed that it took as little as half an hour for the mice to disappear. He was released from prison in 1943 and took up an accounting job with an engineering company. 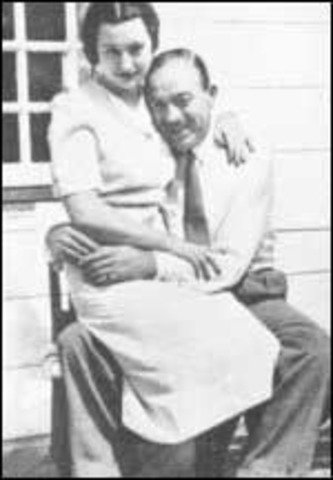 In 1944, Haigh got into an automobile accident and he suffered an injury to his head. He claimed this was the reason for his nightmares again. Soon after this, he set up his workshop on 79 Gloucester Road, London SW7, in a rented basement.

His first victim was none other than William McSawn, his former employer who he happened to meet at the Goat pub, Kensington.

He met McSwan and his parents, Amy and Donald. They had rental properties in London and McSwan used to collect the rent on their behalf. Haigh became envious and greedy for money. He abducted McSwan on September 6, 1944, hit him on the head, and took him to his basement. There, he threw his body into a tub of sulphuric acid and two days later, he poured the “sludge” into a manhole. Haigh can be contrasted to Ed Gein, who used to exhume bodies so that he could used their skin and skulls.

After providing false information of McSwan’s disappearance to Donald and Amy, and taking over McSwan’s house, Haigh began collecting the money from their properties. They were confused as to why their son had not yet returned, so Haigh took them to his basement for a “surprise visit” on 2nd July 1945. He murdered them in the same way, sold their property, stole their pension checks, which amounted to 8000 pounds and then rented a room in Onslow Court, Hotel, Kensington.

Leading a luxurious life, driving nice cars and gambling, Haigh needed to keep up his supply of money. By 1947, he was looking for his next target and found Dr. Archibald Henderson and Mrs. Rose Henderson. He pretended to be interested in a property they were selling and Rose invited him to their flat. Once he was at their flat, he secretly stole Mr. Henderson’s .38 caliber Webley revolver as part of his future plan.

At this point in time he had rented a tiny workshop at 2 Leopold Road, Crawley, Sussex. On February 12, 1948 he invited Mr. Henderson to his workshop on the pretext of showing him an invention. When Mr. Henderson entered the workshop, he shot him with the revolver. He then told Mrs. Henderson that her husband was ill and when she entered the workshop he shot her as well. He disposed of their bodies in the acid bath, forged a letter in their name, sold all of their possessions for 8000 pounds, keeping their dog and car.

Haigh’s last known victim was 69-year-old Olive Durand-Deacon. She lived at the Onslow Court Hotel and Haigh thought that she was a good catch as she was a wealthy widow. He posed as an engineer and on February 18, 1949, asked her to meet him at his Leopold Road workshop to discuss an idea that she had about artificial fingernails. There he shot her with the stolen revolver and robbed her of valuable items before dumping her in the acid bath. 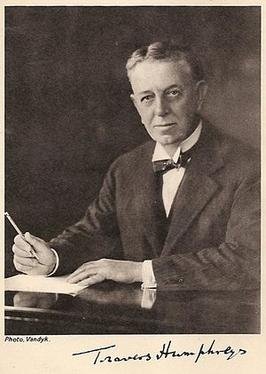 In the workshop in Leopold Road they found evidential papers relating to the McSwans and the Henderson's and a dry-cleaners receipt for Mrs. Durand-Deacon’s Persian lamb coat that he had stolen. At the back of the property where he had thrown the sludge of the bodies, they found part of a denture, gall stones, body fat and part of a foot.

At his trial in 1949, when he was convicted of murder, Haigh claimed that he was insane and he drank “the blood of his victims”.  But it was only a matter of minutes before the jury found him guilty of murder and Justice Travers Humphreys gave him a death sentence for August 10, 1949. 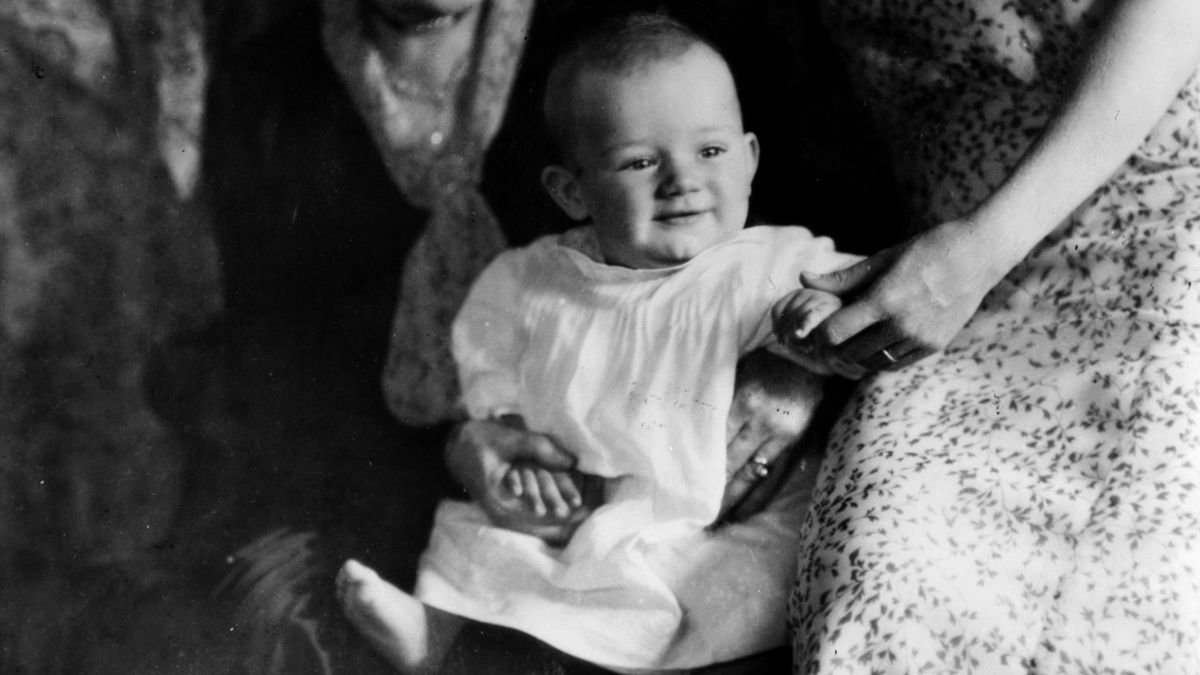