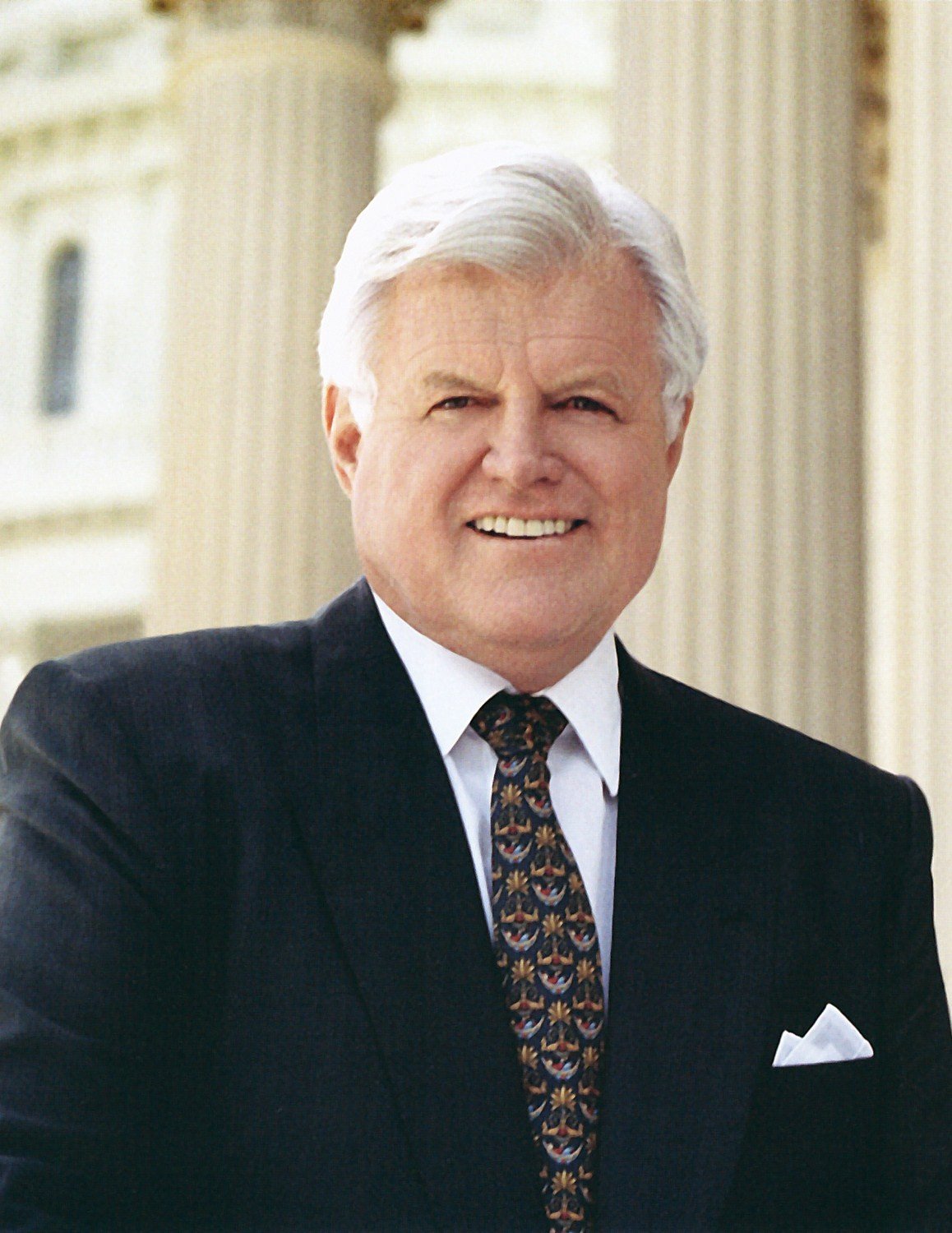 Ever just think that celebrities can do whatever they want? Whether it's heading abroad amidst a global pandemic, screaming racial epithets, or simply beating others within an inch of their lives, celebrities seem to have a monopoly on bad behavior. While serial killers might be famous in their own right, do you know how many regular celebrities have killed another person?

Forget about "cancel culture." Sometimes it feels like members of the Hollywood elite could get away with murder! And in some cases, they have. Take a look below to learn five famous names that have taken the life of another person, and got away with it: 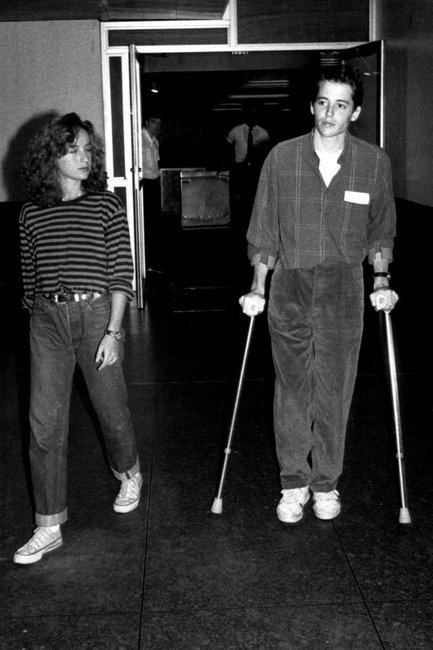 Just over a year after the release of the smash-hit Ferris Bueller's Day Off, Broderick and his co-star Jennifer Grey were spending time together in the lush seclusion of Northern Ireland, having entered a relationship in minor secrecy.

On August 5, 1987, Broderick and Grey rented a BMW 316 in the town of Enniskillen. Whilst driving the vehicle, Broderick entered the wrong lane and drove straight into an oncoming Volvo.

Inside the car was 28-year-old Anna Gallagher and her mother, Margaret Doherty, who was 63. Both of the women were immediately killed by the impact of the crash.

Broderick reported that he had no memory of the crash and could not explain why he had been driving in the wrong lane. Using his own words:  "What I first remember is waking up in the hospital, with a very strange feeling going on in my leg."

Broderick was charged with causing death by dangerous driving and could have faced up to five years in a British prison. However, the star was only convicted of careless driving and ultimately fined £100, equivalent to $175.

Martin Doherty, brother and son to the victims referred to the conviction as "a travesty of justice". Doherty later recanted his ill-feelings towards Broderick, under the belief that they would meet in 2003. However, in 2012 after Broderick was featured in a Honda advertisement, Doherty claimed the meeting still had not gone ahead, saying that Broderick "wasn't the greatest choice of drivers, knowing his past". 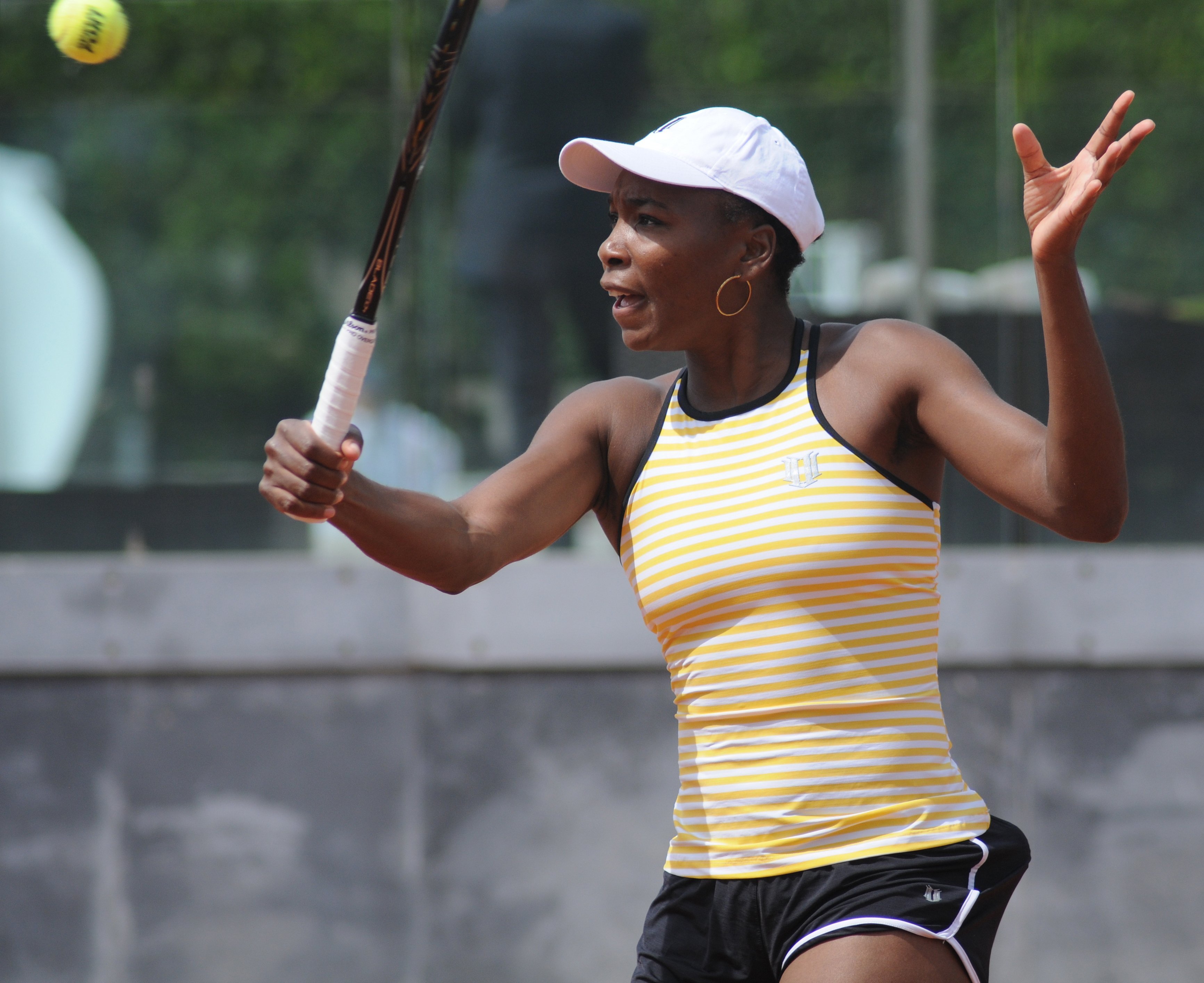 While the Williams sisters might be known to the world as athletic superstars, not many know that the eldest sister, Venus, was actually responsible for the death of another person.

In June 2017, Williams was involved in a car crash after pulling out of her gated community residence Palm Beach Gardens.

According to the initial police report, Williams drove her 2010 Toyota Sequoia and ran a red traffic light. Subsequently, a Linda Barson crashed into Williams' car, which was going just 5 mph. Williams claimed that she had entered the intersection on a green light, but traffic had prevented her from getting across in due time.

Linda Barson received “several fractures to her right arm and hand,” from the crash. Her husband, 78-year-old Jerome Barson, was in the car with her, suffered from a “fractured spine and numerous internal injuries," of which he died from 2 weeks later.

Williams did not face any criminal charges over the crash but did settle with the Barson estate. 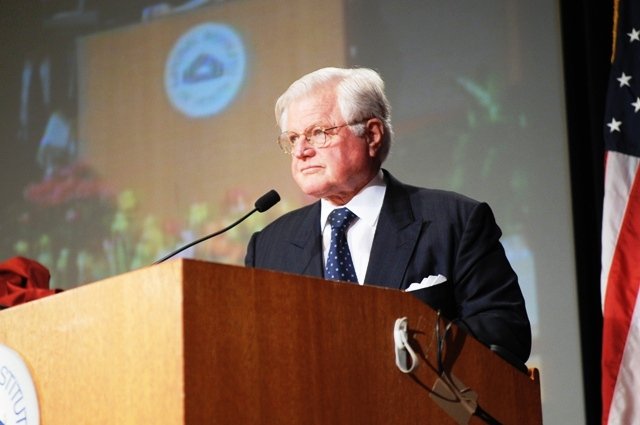 A member of the political aristocratic Kennedy family, Ted Kennedy was a U.S. Senator from Massachusetts from 1962 until his death in 2009.

Like many of his siblings, Kennedy was no stranger to controversy and scandal. In 1969 Ted drove his vehicle off Dike Bridge, located on the small island of Chappaquiddick, near Martha's Vineyard.

The car plunged into the water below, and while Kennedy was able to swim out of the car, his passenger, 28-year-old Mary Jo Kopechne was not. Kopechne was a political official who had worked on the presidential campaign for Ted's brother, Robert.

Kennedy supposedly made efforts to rescue Kopechne, but rather than report the incident to police, he returned to his hotel. Subsequently, Kopechne's body sat in the water for 9 hours before police were aware of what had happened.

Kennedy never saw any criminal charges for the incident, but the scandal of the event securely ruined his hopes of running for U.S. President. 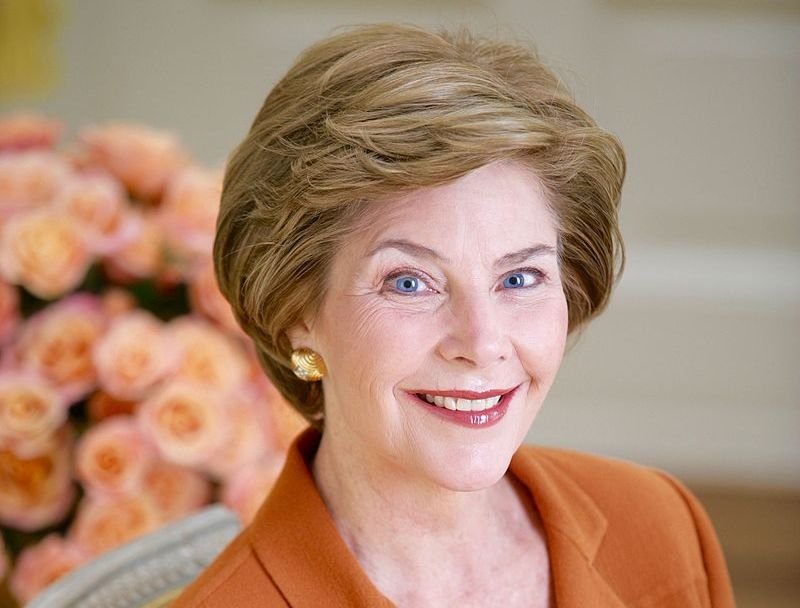 Laura Bush continues the long tradition of politicians having blood on their hands. The would-be First Lady accidentally killed someone in a driving accident when she was just a teenager.

It was just two days after her 17th birthday when Laura collided with another driver. Still known as Laura Welch, the 17-year-old ran a stop sign which resulted in her car crashing into another vehicle.

Laura was with a friend at the time, and they each suffered from minor injuries. The other driver, however, was not so fortunate. His name was Michael Dutton and was a classmate and previous boyfriend of Laura's. Dutton died instantly.

Laura Bush did not see any criminal charges for the accident, despite running a stop sign. 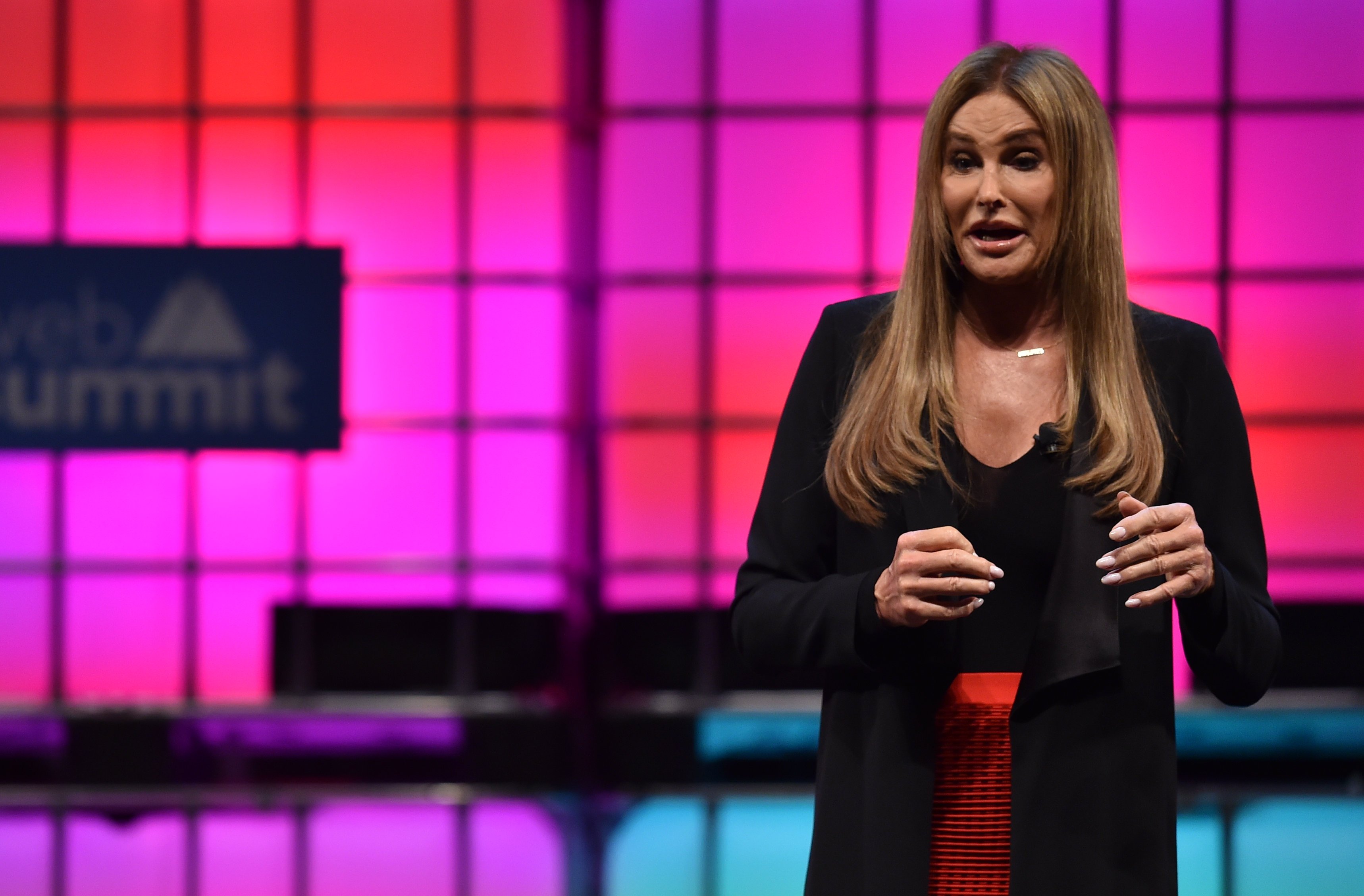 Caitlyn Jenner is known for her previous athletic career where she won gold in the decathlon event at the 1976 Summer Olympics, as well as her highly publicized coming-out story as a trans woman.

But while Jenner might be top-tier famous, her car accident that caused the death of another person is less well-known.

In February 2015, Jenner's vehicle as well as two others collided along the Pacific Coast Highway in Malibu, California. Jenner's SUV crashed into the vehicle of Kim Howe, an actor, and animal rights activist. Details of the accident vary, but Jenner never faced any criminal charges for the crash. She did, however, have a lawsuit filed against her, which was eventually settled. 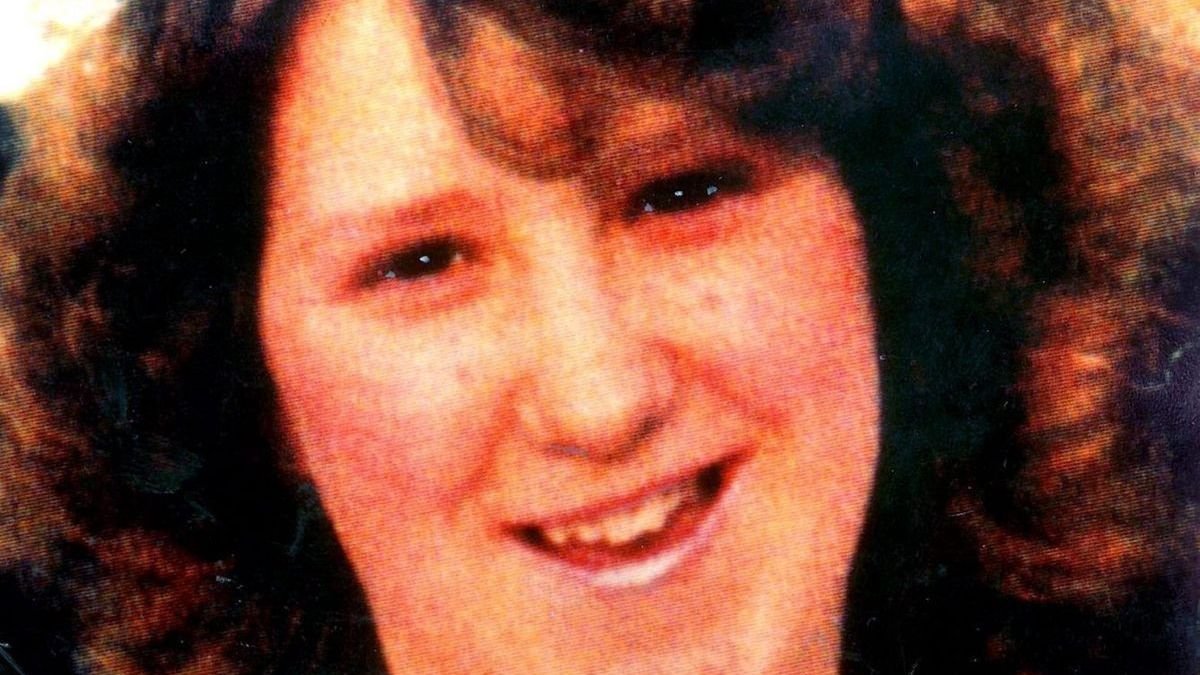