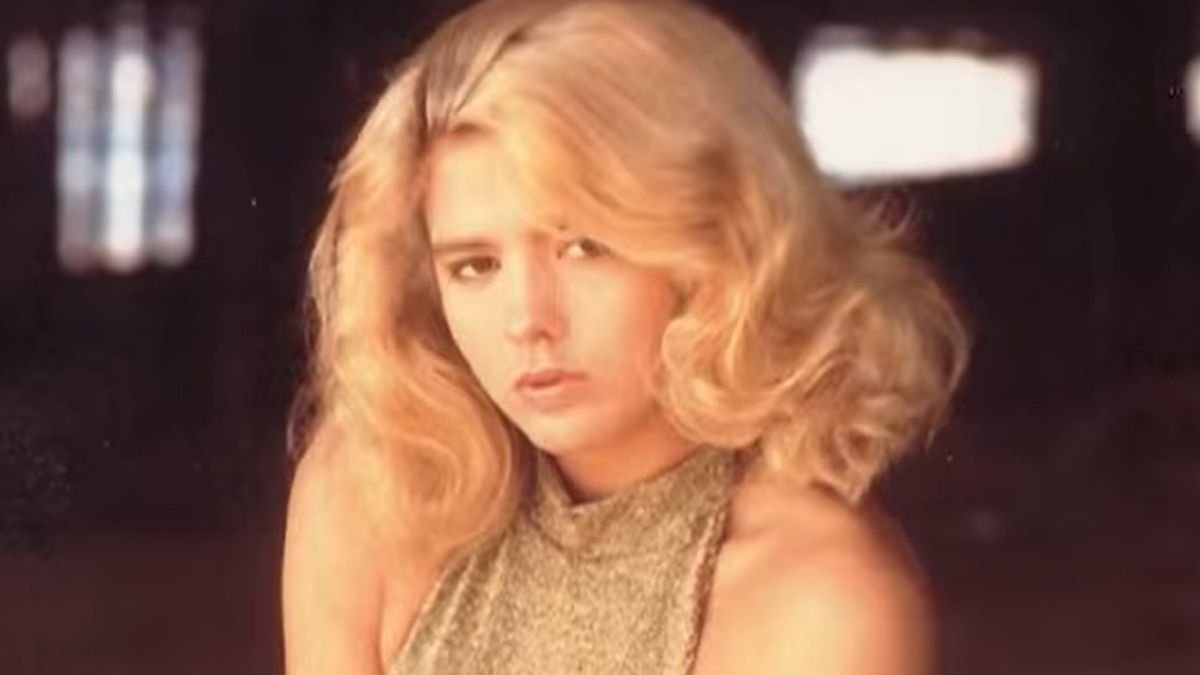 It was Edgar Allan Poe who wrote “The death of a beautiful woman is unquestionably the most poetical topic in the world,”, which is a true testament to the paradoxical compulsion we have to gawk and speculate over the body of a young murdered girl.

The story of Jill Ann Weatherwax is no different. Her life was cut drastically short, yet her image and name echo in countless true crime blogs and podcasts, many lamenting her so-called 'fall from grace' from celebrated beauty queen to a body lying in a field, surrounded by clothes and condoms.

But what was her story? Who was the girl behind the body? The character beyond the corpse?

Not Just A Body 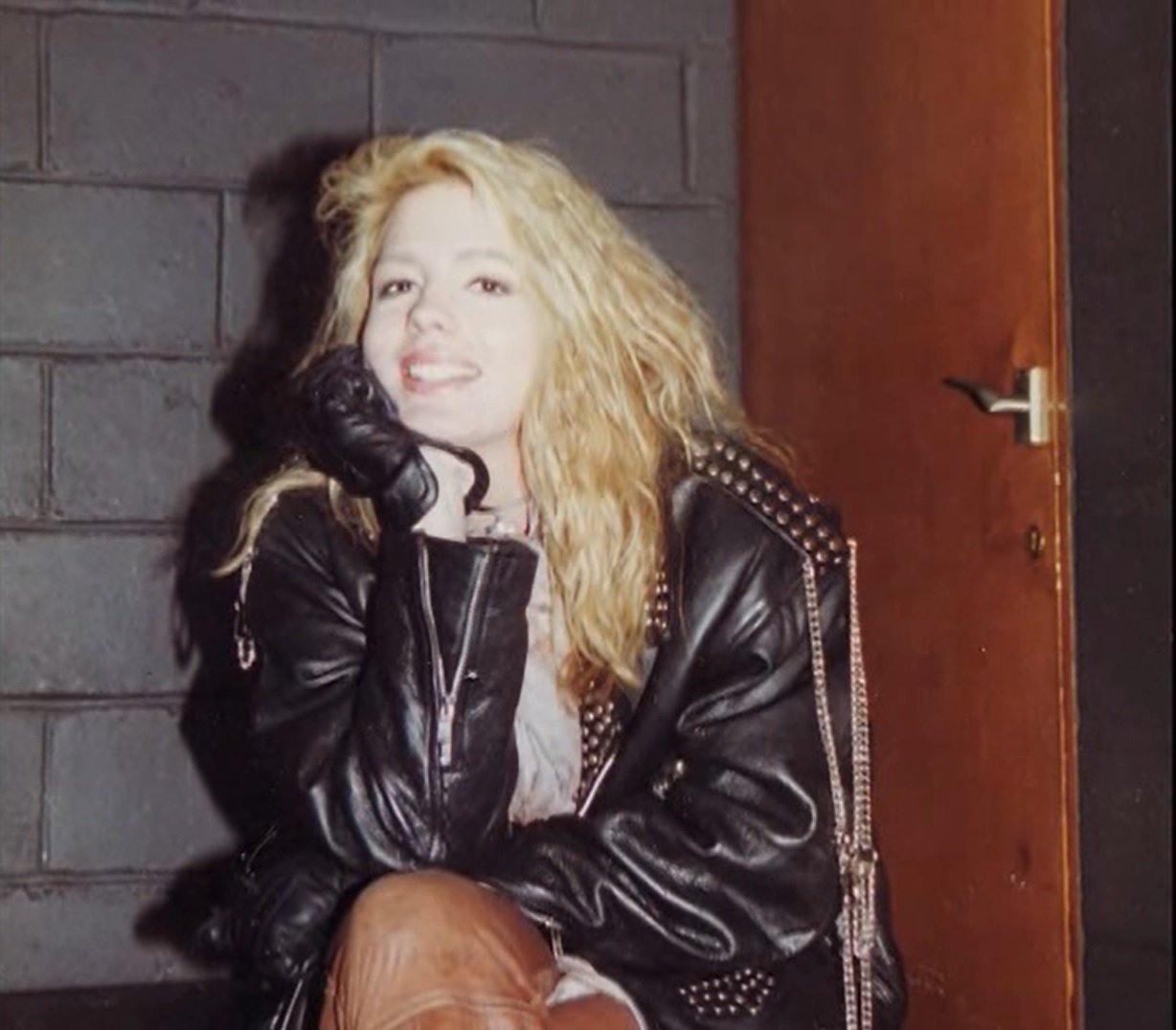 Jill Ann Weatherwax was born and raised in the small city of Fenton, Michigan. With a population of just 11,756 people in 2010. The small-town life of Fenton offered too little for young Weatherwax.

In high school, Jill Ann was a cheerleader, singer, and performer. In many ways, she was destined for fame, or at the very least, the pursuit of it. When she wasn't cheering at the sidelines of local games, Jill was performing duets with her father, an already accomplished musician in his own right.

According to a newspaper clipping from the Santa Cruz Sentinel, Jill was considered "smart and sweet" by her high school principal, and her graduation from Mott Community College as a certified cosmetologist only confirmed that she was poised to find a life of glamor. Even by the time she was out of high school, she had secured a modeling position with Revlon Cosmetics.

Between 1987 to 1990, Weatherwax won numerous local beauty pageants, including Miss Spring, Summer, and Winter in Saginaw, a finalist position in Miss Flint, as well as the winner of Miss Great Lakes.

She was good at the pageantry of it all, and, seeking more than what Michigan could offer her, Jill Ann soon moved to the only place those looking for fame go...Los Angeles.

Success On The West Coast 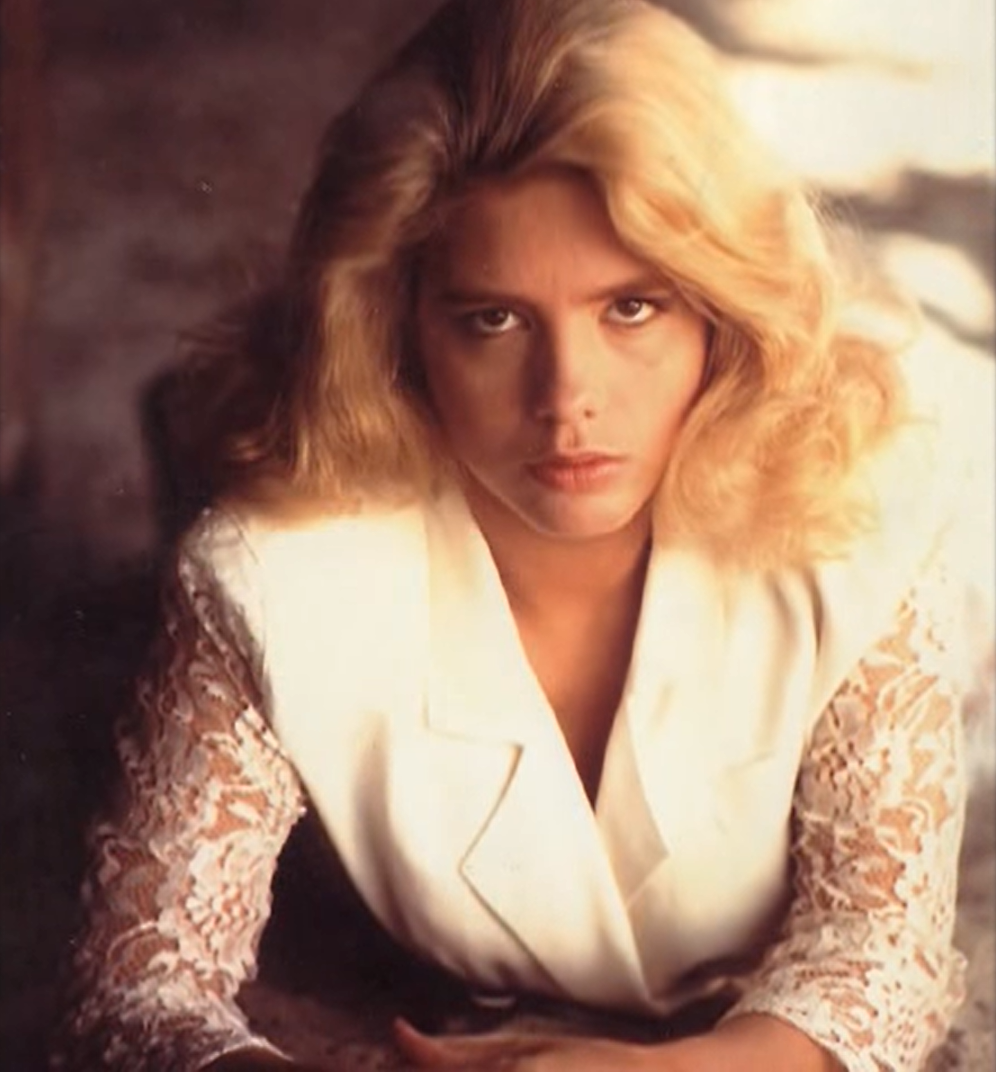 Within the turbulence of her rising success, Weatherwax was offered a one-way ticket to Hollywood, along with "introductions" to people that could help her career, by a man named Steven Macquire—someone she had met at a Chicago fashion show.

Weatherwax's mother openly admitted her daughter knew very little about Macquire, only requesting that she be offered a return flight if her dreams of fame didn't work out.

Making the 2,277 mile move from Fenton, MI to L.A., Weatherwax made new roots in the "heart of the entertainment industry" within Southern California. It was here that she made connections with Joe De Carlo, manager for Sonny and Cher.

According to De Carlo, Weatherwax stayed at his Beverly Hills home for half a year. It was here that Jill spent a majority of her time exploring creative efforts towards her singing career. However, De Carlo was less than impressed with Jill's apparent reluctance to work on the harder parts of her career. When asked about Weatherwax, De Carlo said:

"I told her that I wasn't going to send her to someone and tell them she wants to be a singer when she doesn't sing that good. And then Ciro took over."

"I told her that I wasn't going to send her to someone and tell them she wants to be a singer when she doesn't sing that good. And then Ciro took over." 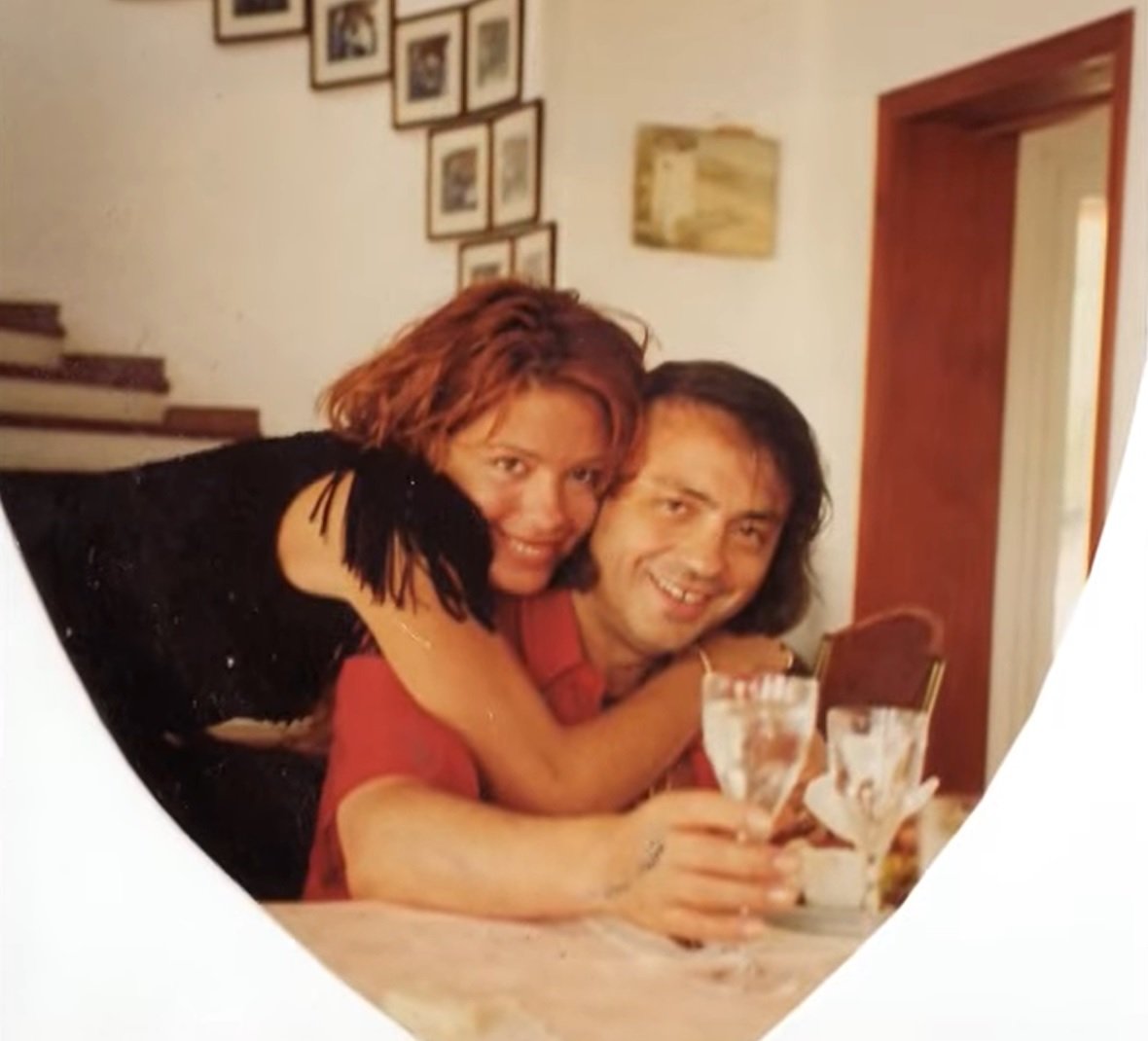 Ciro Orsini, originally of Italian descent, came to Los Angeles in 1987. He had already opened a number of restaurants in Europe and had set his sights on the American landscape as the setting for his next culinary venture.

It was in his restaurant,  Pizza Pomodoro, where Jill met Orsini for the first time. Recollecting the event, Orsini has claimed that their attraction was almost immediate:

"I took one look at her and said. 'I want to marry that girl."

"I took one look at her and said. 'I want to marry that girl."

Orsini, while struggling to attract the level of celebrity that fills the pages of gossip magazines to his venues, was able to provide just a slither of the Hollywood lifestyle that Jill Ann had been searching for.

Quickly into their fledgling relationship Ciro began to shower Jill in gifts like clothes and cosmetic surgery (according to Jill's sister, the procedures on her teeth alone cost $915,000 alone). Perhaps most importantly, he provided Jill with a stage to perform on, allowing her to sing at his club practically every night.

Cementing Jill's entry into the life she had craved for so long, the regular spot at Ciro's club led to her meeting celebrities like Van Morrison, Lennox Lewis, and Armand Assante. Jill also posed in lingerie and in the nude for Hank Londoner, a friend of Ciro's and photographer for Penthouse Magazine.

The Life of Mr & Miss Hollywood 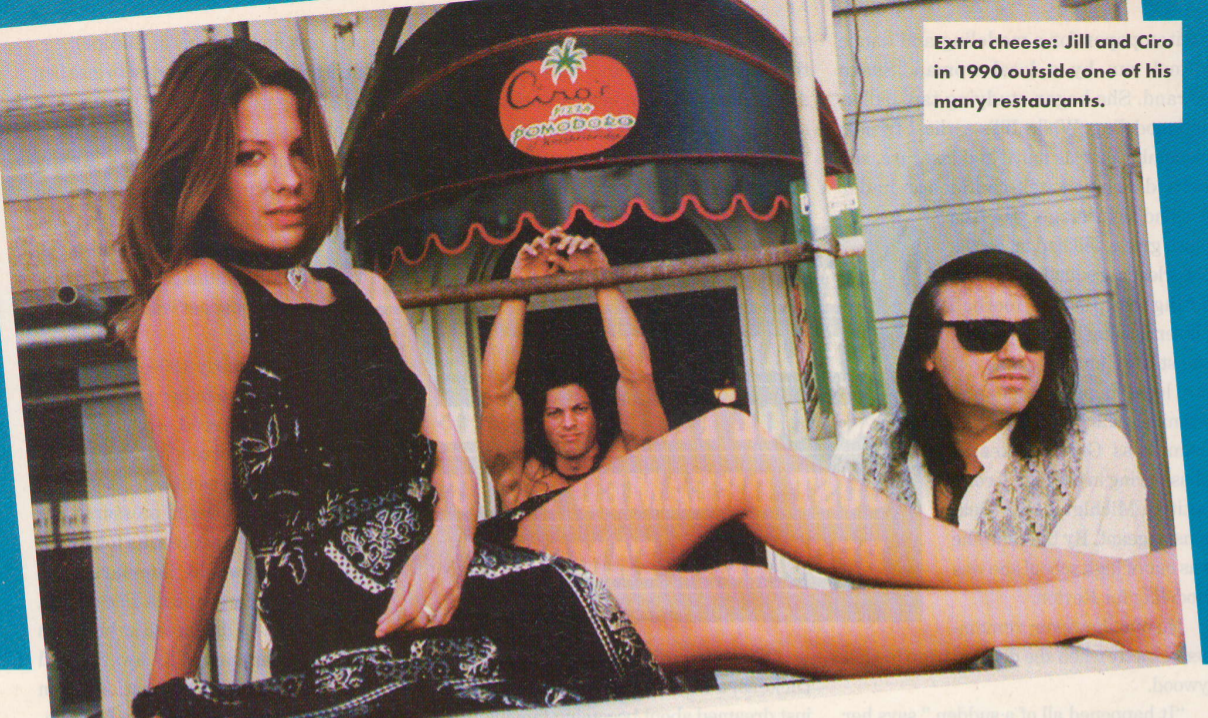 With her lifestyle becoming closer and closer to the Hollywood ideal she had envisioned, there was one thing that had continued to evade Weatherwax's grip: a record deal.

For years, Ciro had given Jill the chance to rub shoulders with some of the biggest names in Hollywood. For whatever reason, be a lack of talent or luck, Jill seemed to miss out on the musical career she had wanted for so long.

It was here that Orsini crafted a convoluted plan to catapult Jill to musical success. Following the closure of his restaurant in Beverly Hills, Orsini relocated to London in 1991. Ciro organized an entire beauty pageant for Jill to compete in, of which she has eventually crowned the winner. The prize for the event also included a recording deal—from a recording company that Orsini had just recently created.

Suspicions were immediately raised, but Weatherwax was able to release an album, Shake Me Sexy (NSFW), as well as perform in European cities as the newly-crowned 'Miss Hollywood'.

The Cracks Begin To Emerge 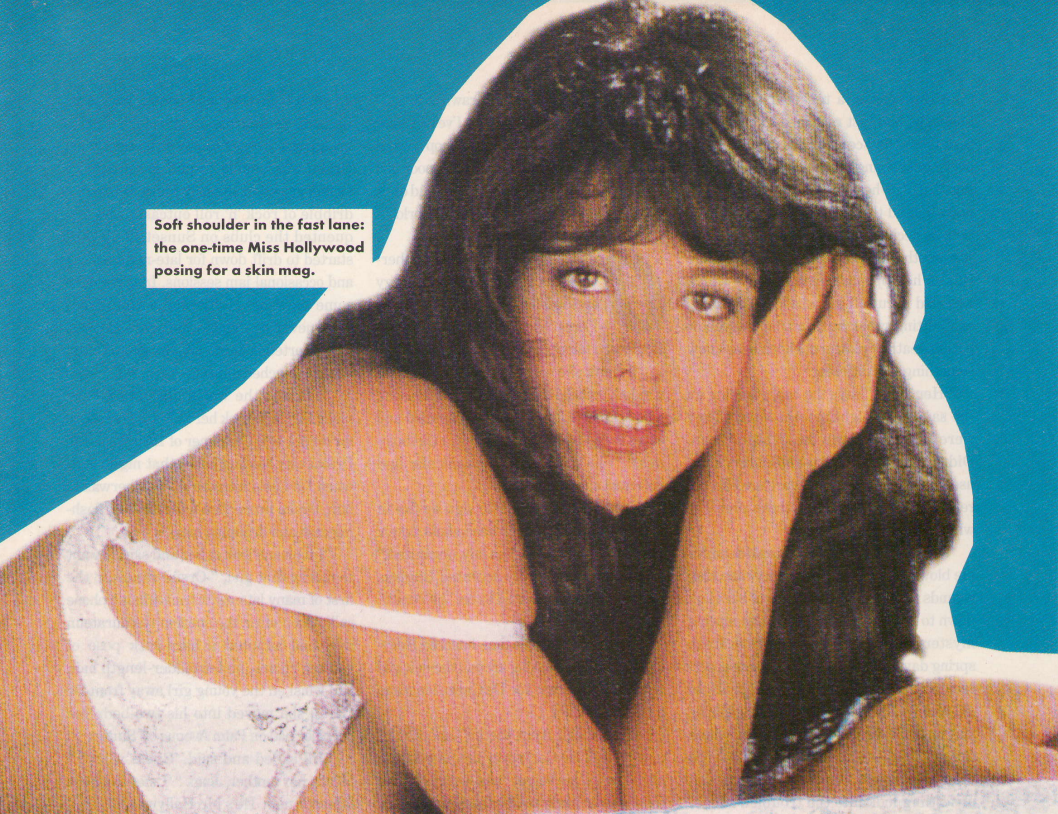 While Weatherwax's manufactured success might have been paper-thin, cracks in Jill's wellbeing were starting to break down the façade even further.

Jill's relationship with alcohol appears to have been problematic around this time. According to Kenny Coplan, a friend of Orsini and photographer for Hustler:

"She'd have a few drinks, and she'd become another person."

"She'd have a few drinks, and she'd become another person."

By the time 1996 arrived, Weatherwax had suffered from some sort of mental breakdown. At the behest of Orisini Jill had undergone an abortion and was sent home to her parents. When back in Michigan, Jill was given the diagnosis of Bipolar Disorder, to which she was given medication to handle.

The relationship between Ciro and Jill was at a breaking point. She flew back to London to attempt to mend their relationship, but their struggles still continued. Eventually, Jill was sent to Hollywood again in an attempt to 'make it', while Ciro insisted that he had to stay in the Middle East so that he could watch over his new businesses. He also promised that if she stayed out of trouble, that he would marry her,

Spiraling Out Of Control 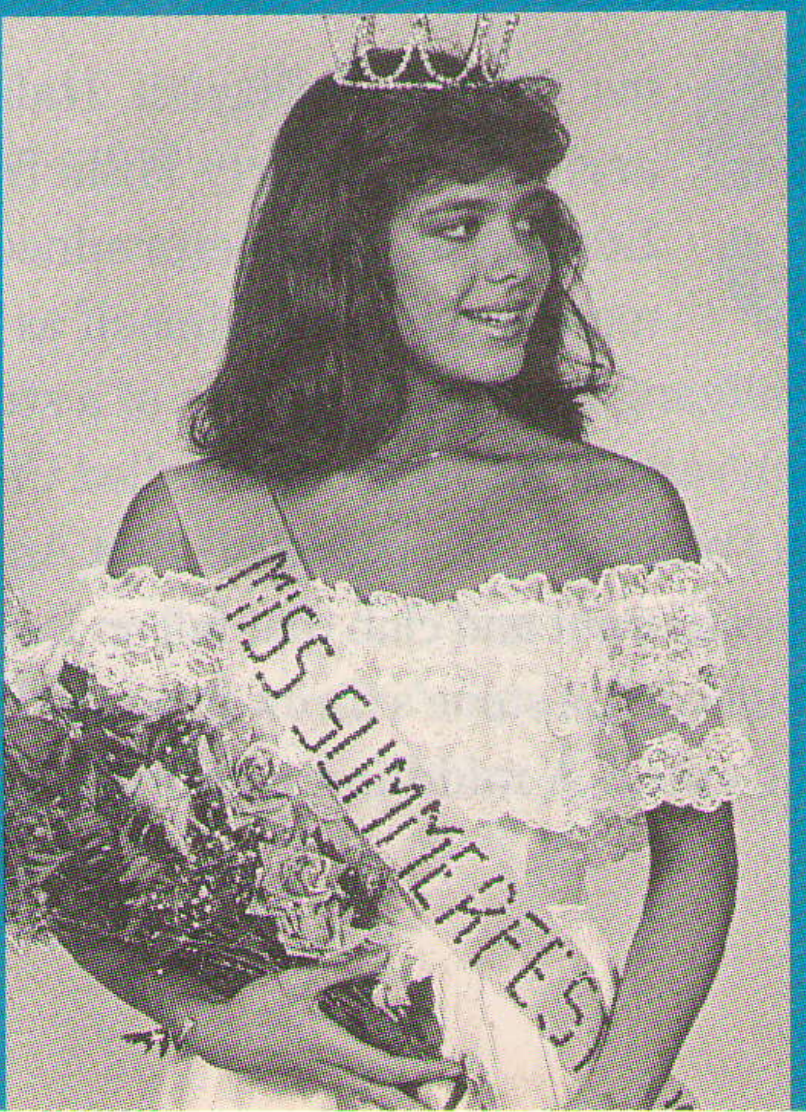 Jill spent the next few years slowly becoming more involved with the seedier parts of Los Angeles. She was known to frequent areas with high amounts of drug dealers and sex workers. With her fragile mental state and lack of family/friends looking out for her, Jill gradually circled down into the spiral that would lead to her death.

Staying with her half-brother who had been kicked out of the family home for drugs, Jill was introduced to methamphetamine, and a guy-on-the-side named Butch. During this period, Jill was seen talking to herself in public and would burst into tears for no apparent reason. She was also banned from a local bar for flashing herself and asking men to fondle her.

Jill began working at a bikini bar named Snooky's, but because of her deteriorating mental state and increasing addiction, she would often walk off stage to follow customers who would offer her drugs in exchange for sex.

Eventually she was kicked out of Butch's apartment, and Jill had nowhere left to go. She had been relying on money sent from Ciro, wages from her dancing job, and it's assumed from sex work to give herself cash, or at least, drugs.

A Death That Remains A Mystery 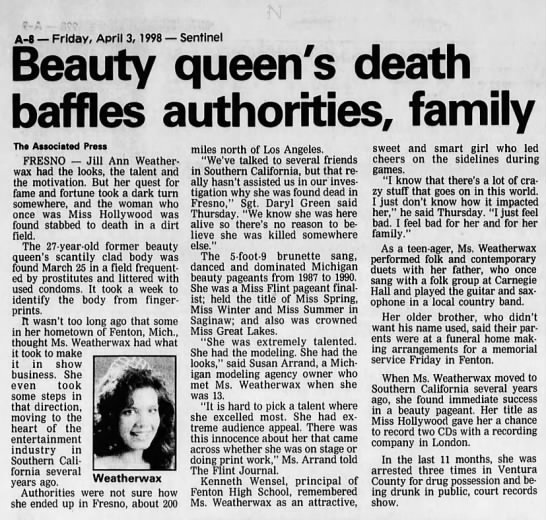 After being arrested for public intoxication on February 4, 1998, Jill bailed from Oxnard. She was spotted in Fresno on March 20. It's unsure of why she chose to relocate there, but a cellmate and friend, Mia, said:

"She said somebody was after her, that somebody wanted to kill her, but she wouldn't say who."

"She said somebody was after her, that somebody wanted to kill her, but she wouldn't say who."

Only five days after being spotted in Fresno, Jill was found dead. She had been seen by two witnesses on March 24: a sex worker and a pimp. The two stated that they had seen her organize a sexual exchange with three Latino men, but apparently backed out at the last minute.

Jill had been stabbed to death and left there. The area was known as a go-to spot for sex workers, and it's likely why Jill was there in the first place.

Nobody was ever found responsible for the murder of Jill Ann Weatherwax. Despite the many men that came and went in her life, she ultimately died alone, in a place that couldn't have been further from her true home. She let out cry after cry for help, but throughout the years of her time chasing fame, nobody seemed to hear her. Instead, people saw the façade that she had built—one of glamour and success, where there was actually sadness and desperation.

On the night before her death, Jill called home to her mother in Fenton, Michigan. She kept up the façade for the better part of a decade at this point, so she seemingly had no trouble pretending that everything was going alright. Her mother believed her, just like she always had.

"She was fine," said her mother "She wasn't up or down, just fine." 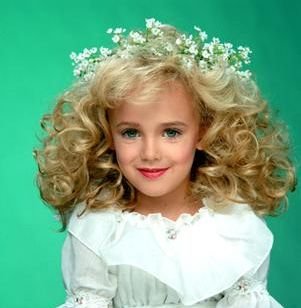