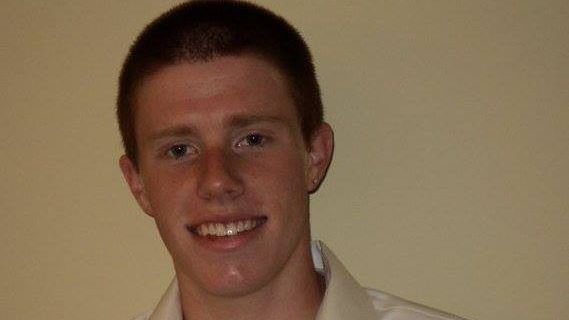 Bryce Laspisa: The 19-Year-Old Disappeared Out Of Thin Air

Bryce Laspisa, by all accounts, was a normal college kid. He was young, charismatic, and talented. As the only child of Michael and Karen Laspisa, the family was certainly close-knit. But the trajectory of fair-haired Bryce's life would soon take a sharp and drastic turn.

Instead of celebrating their son's accomplishments in school, Bryce's parents now spend each and every day wondering the same question: What happened to our son?

Who Was Bryce Laspisa? 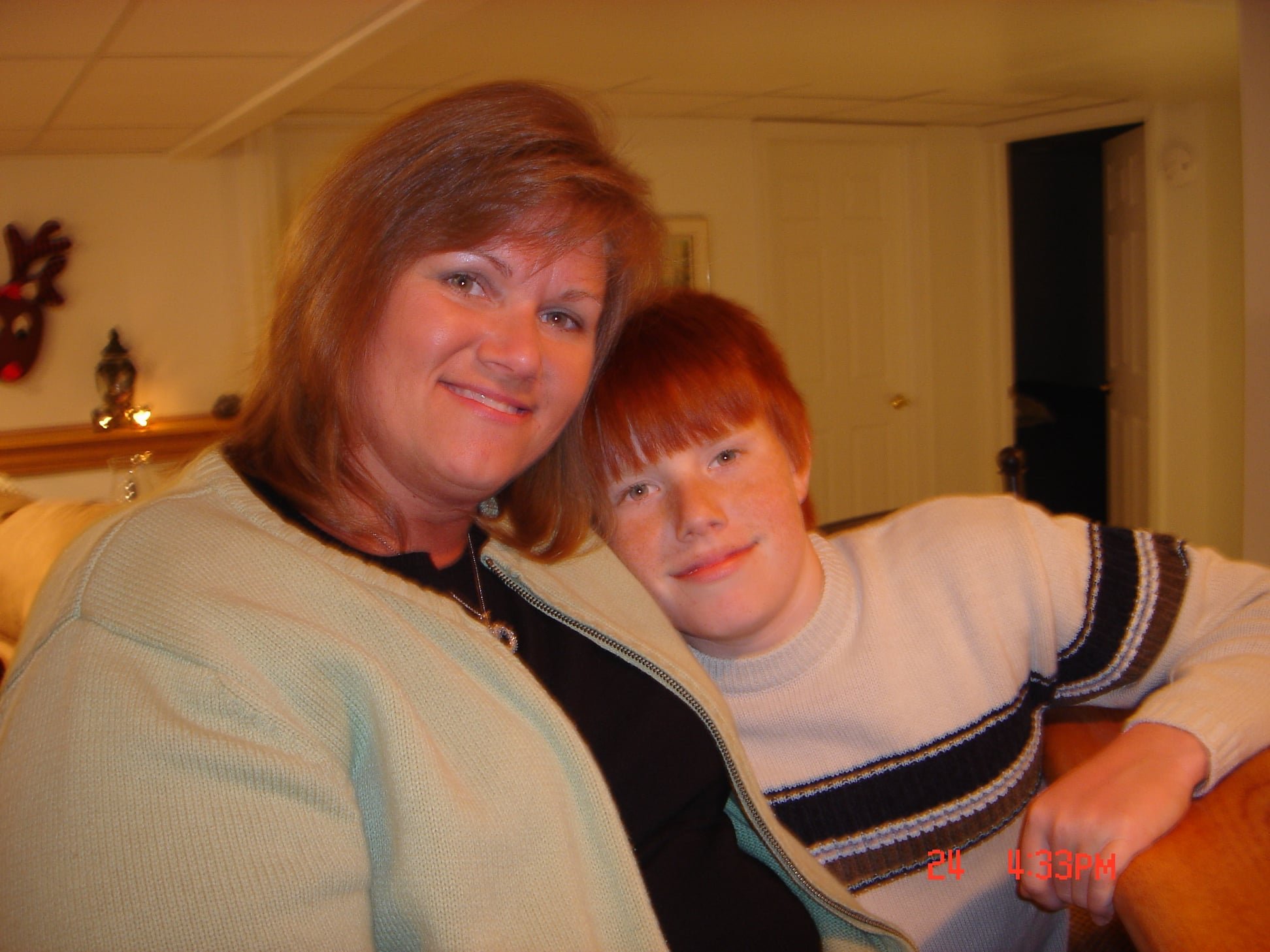 Open, friendly, and great to be around. That's how many described Bryce Laspisa throughout his life. College was no different, with Bryce immediately making friends and even dating a girl named Kim Sly during his freshman year. Clearly, Bryce was living the ideal college lifestyle.

But something changed after freshman year. After spending the summer with his parents, Bryce went back to college on August 26, 2013. Fall was just beginning, and Bryce had spoken excitedly to his mother about his first day of classes over the phone. His mother had nothing to fear, as her son was jumping back in the saddle of a new academic year.

Yet those close to Bryce noticed changes in his behavior after returning from his parents' place in Rocklin.

The Signs Of Decline 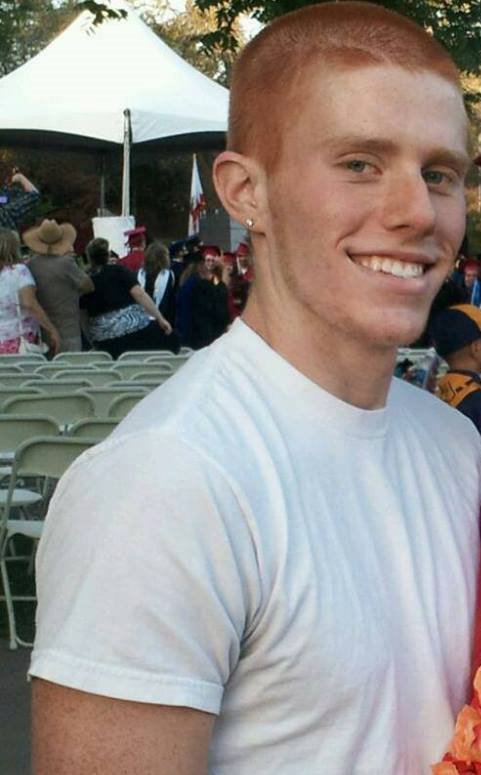 Bryce's history with booze and drugs was fairly typical for any teenager looking to have a bit of fun. He had partaken in some underage drinking at parties, and his parents knew he probably smoked marijuana. However, nothing pointed towards any sort of addictive behavior.

Those close to Bryce were surprised to see a sudden increase in his drinking habits. Bryce was drinking every day at this point, and when questioned on it, he would simply say that nothing was wrong. After some pushback from his girlfriend, Bryce eventually admitted he was also taking the 'study drug' Vyvanse.

From there, things went downhill for the couple. The effects of Vyvanse offer extreme bursts of energy, and the similarities to methamphetamine made the drug both a recreational and academic tool across U.S. college campuses. Kim noticed these effects in Bryce, who reportedly took the drug with a friend in order to stay up all night drinking and playing video games.

Kim's pushback on this behavior seemingly irritated Bryce, as he eventually sent her a vague text message insinuating that their relationship was over.

Strangely, despite Bryce apparently ending their relationship, he visited Kim's apartment that same day. Around 11:00 p.m. that night, Karen Laspisa received a call from Bryce, with her son asking her to speak to Kim in order to convince the young girl to give Bryce his car keys. Prior to the call, Kim had begged Bryce to sleep before he used his car, likely in response to his odd behavior, and was withholding his keys.

After speaking to Karen, Kim eventually gave her now ex-boyfriend his keys. He left the apartment roughly 30 minutes after calling his mother. 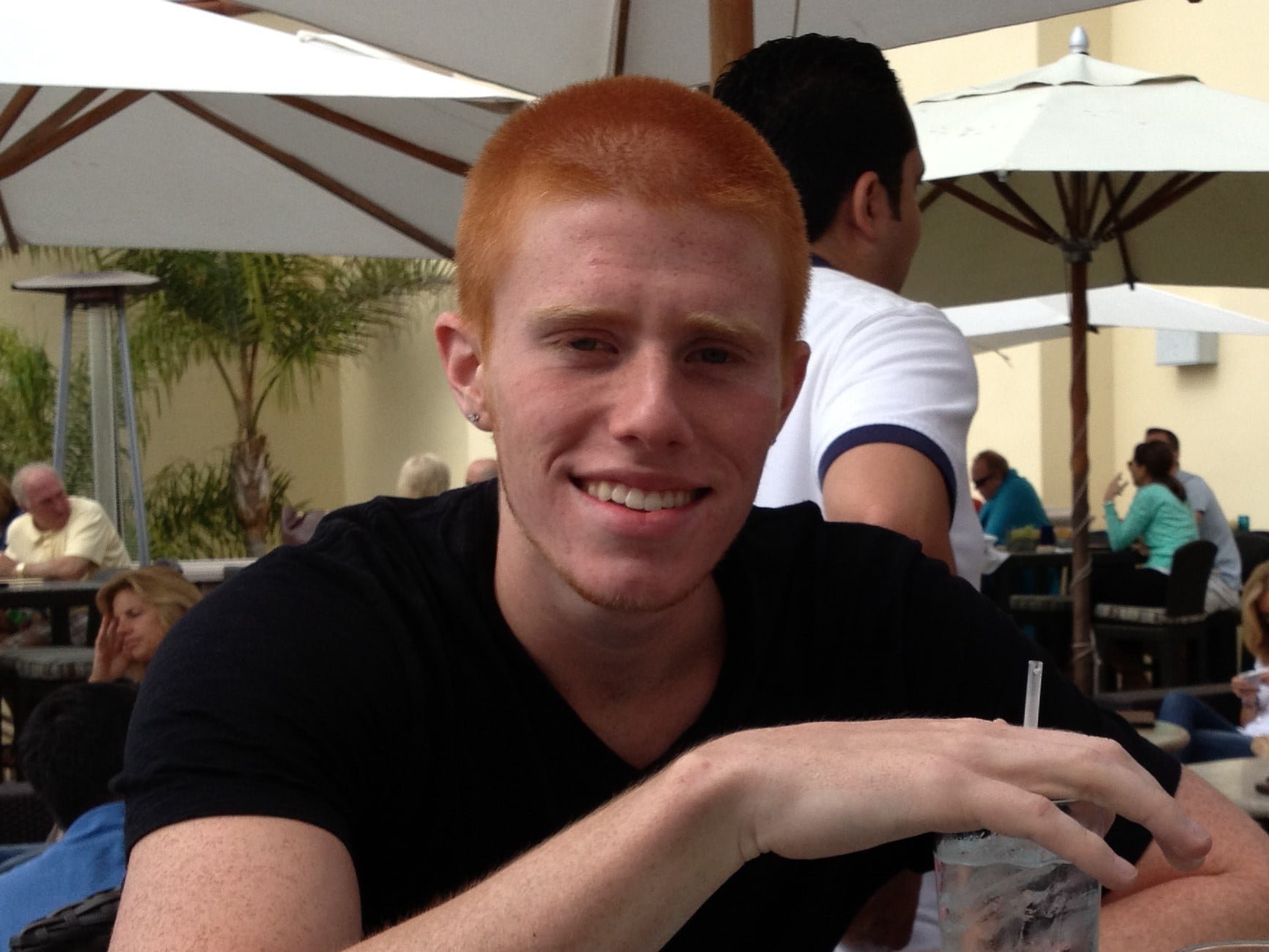 Kim and Michael woke up the next morning to worrying news. They had received a message from their insurance company that one of their registered vehicles had put in a request for roadside assistance. Immediately they began to dread that Bryce had been in some sort of accident.

Attempts to reach Bryce on his phone didn't work, but the couple was able to find the repair shop that had helped Bryce via the internet. From there they were able to determine that Bryce had called for assistance at roughly 9:00 a.m. Strangely, the repair shop was located in Buttonwillow, a small town more than 350 miles away from Kim's apartment. This meant that Bryan must have driven non-stop to reach that distance.

After calling the repair shop, Bryce's parents managed to get an employee named Christian to assist them. Christian had already helped Bryce earlier, having delivered gas to him. Not expecting to really find Bryce in the same spot, Christian agreed to drive back to where he had dropped off the gasoline. Bizarrely, Bryce hadn't moved at all in the hours after Christian had first visited.

Christian passed his phone to Bryce so that Kim could speak with him. His mother reported that nothing seemed to be out of the ordinary in the way that he spoke, but he couldn't provide an answer to why he had been driving all night. Desperate to just get him home, Kim instructed Bryce to drive straight home, since he was only a few hours away.

Bryce should have arrived by 3:00 p.m that afternoon. He never did. 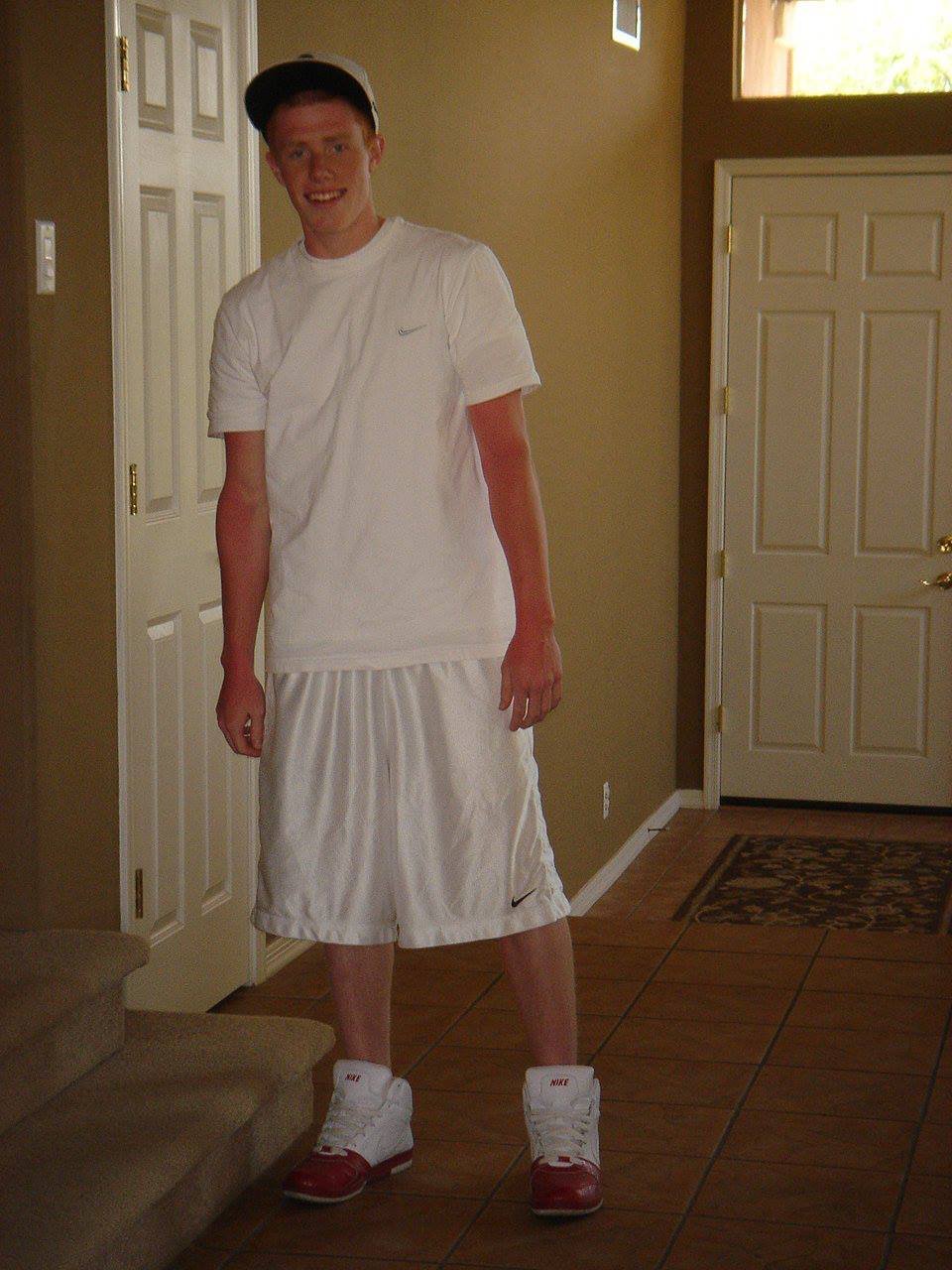 Due to his strange behaviour, his parents were quick to get the police involved when he didn't arrive in Rocklin. Bryce continued to not answer his phone, but investigators were able to pinpoint his location using data from his cell phone provider. For an unknown reason, Bryce was still in Buttonwillow 10 hours later.

Bryce had filled his tank with gasoline, but he seemed to have no intention of setting off home. When police questioned him at his vehicle Bryce was reportedly calm and collected, passed all the sobriety tests, and was not in the possession of anything illegal. Ultimately, the police had no reason to detain him.

Despite his objections, one officer thrust Bryce into a phone call with his mother, where he again agreed to come home at her request. But hours later, the repair shop employee Christian spotted Bryce again. Likely concerned at this point, he told Karen that he would follow Bryce to make sure he got on Interstate 5. Christian did so, and followed Bryce for about 10 miles, noting that he seemed to be driving normally and was headed home.

A Crash In the Middle Of the Night 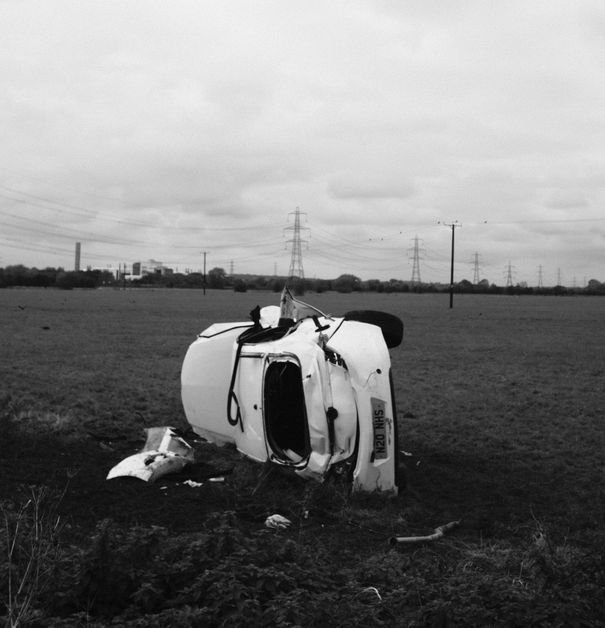 Bryce continued to delay his arrival at his parents' home and at 1:50 a.m. he called them to say he'd taken a detour. He was using GPS and estimated he would arrive at 3:25 a.m. He then called for a second time at 2:09 a.m. to tell them he was too tired to drive and was going to have a rest.

The next morning his parents were awoken to the sound of a California Highway Patrol officer at their door. Bryce's car had been found wrecked but without Bryce inside. The car had careened off a 25-foot embankment before slamming onto the road where it was eventually discovered.

Camera footage showed that only a few minutes after telling his parents he was taking a rest, he was driving up a hill towards the Castaic Lake Recreation Area. Just over two hours later, he drove past this camera again, heading up the hill. Bryce's car was found wrecked under an hour after this second pass.

Without Bryce present, officers were tasked with piecing together what had happened. Strangely, they realized that the car had not driven off the embankment by accident. It seemed as if it was done on purpose, and that Bryce had held the accelerator down the entire time.

The car was on its side when the police found it, and the glass had been smashed from the inside, likely allowing Bryce to escape. All of his major belongings such as his phone were in the car. A duffel bag that housed clothes and Bryce's wallet was found on the road near to the vehicle. The bag was unzipped, showing signs that someone had looked inside.

The crash had only minor signs of blood in the driver's seat, and there were no marks on the ground indicating Bryce struggled to move.

The Search For Bryce 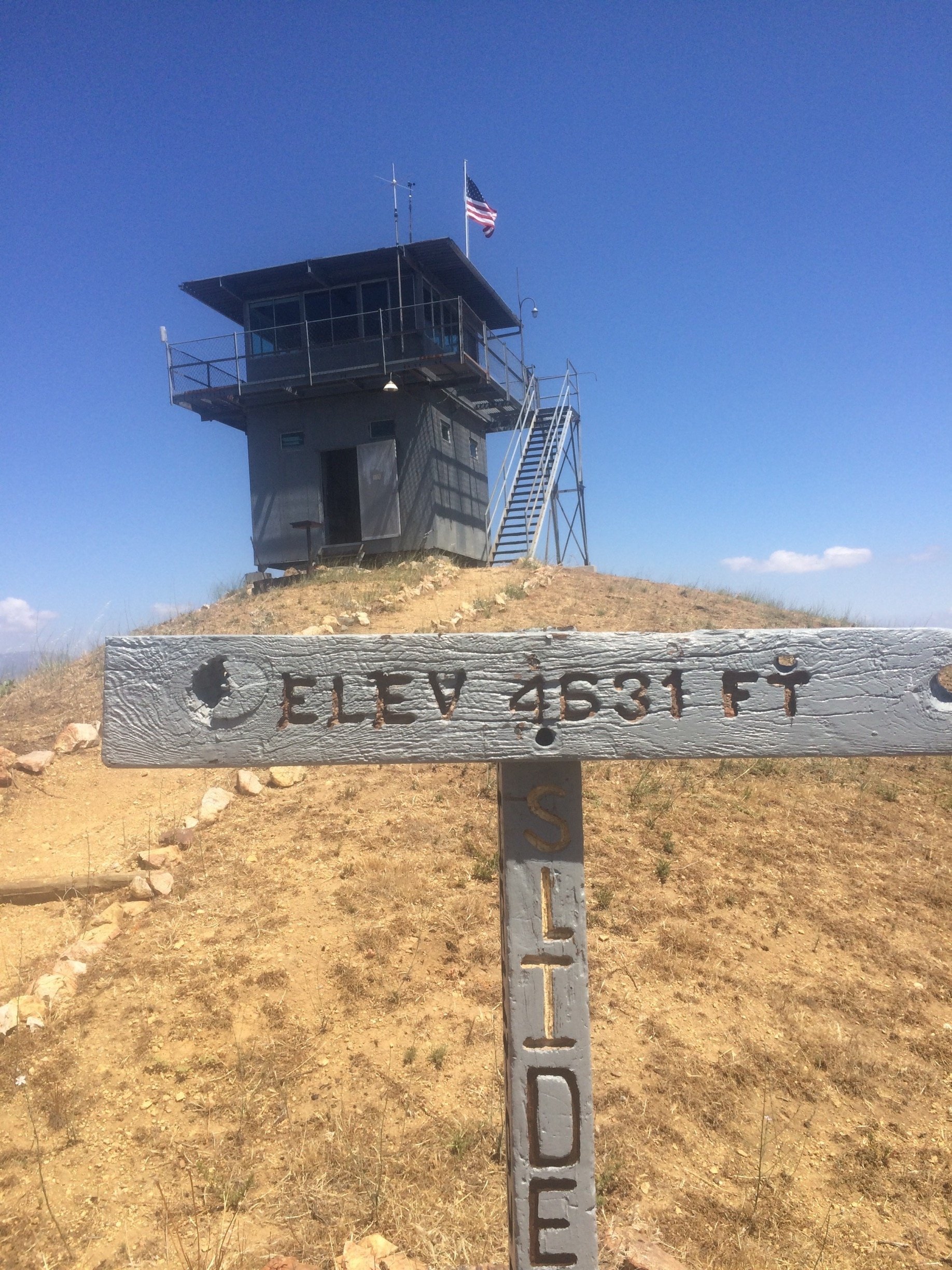 The immediate search was extensive, with officers utilizing ground, water, and aerial crews to comb through the vast and natural terrain of Castaic Lake State Recreation Area. Dogs were used and tracked Bryce's scent to a location called Government Cove, but expert divers were unable to find any sign of him. Despite all the efforts, Bryce had seemingly vanished.

With no signs of foul play, investigators quickly began to suspect that Bryce had been suicidal. Shawn, a friend, told police that Bryce had gifted him his XBOX console, along with a pair of diamond earrings that were from his mother. Combined with his odd behavior prior to the crash, some suspect Bryce's mental health may have been compromised. 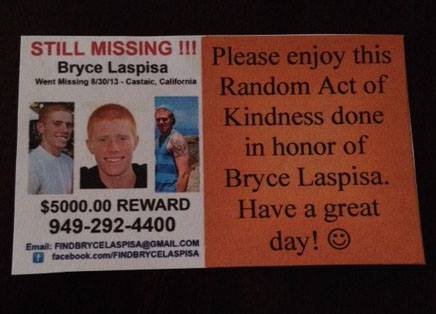 Today, Bryce's family holds onto hope that he is still out there. Whether they think their son wishes to be found or is in hiding, many believe that Bryce likely died soon after he went missing.

In the seven years after his disappearance, there has been no confirmed sighting of Bryce. Considering his red hair, strong build, easily identifiable features, and the wide public search effort, it would be surprising that nobody had seen him.

Still, his parents regularly post to a Facebook page dedicated to finding their son. Perhaps someday soon we can all find out what happened. 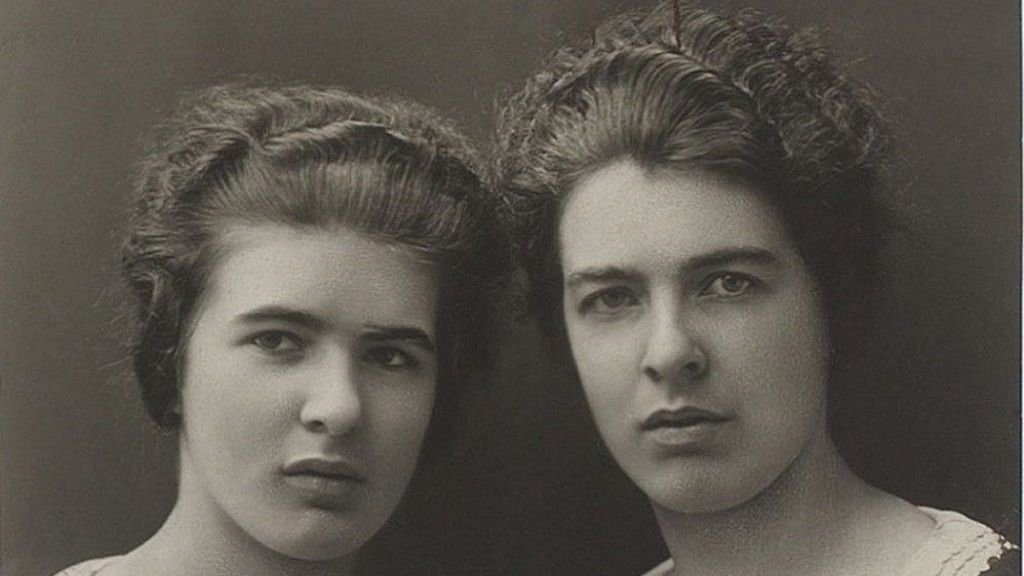